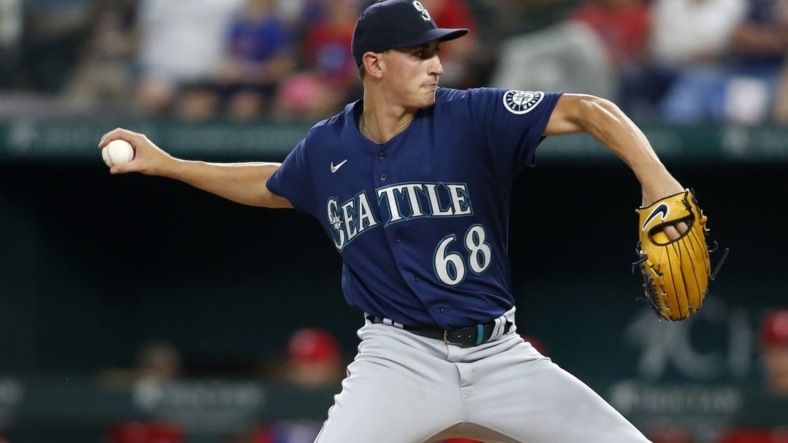 The Seattle Mariners will continue their journey through the American League Central Division with a three-game stop in Detroit to face the Tigers, beginning Tuesday night.

The Mariners, who are in a spirited battle for a wild-card spot, are in the midst of 13 consecutive games against AL Central opponents. They won a home series against the Guardians over the weekend, three games to one, and will visit Cleveland this weekend.

Seattle blanked Cleveland 4-0 on Sunday behind a masterful pitching performance from Robbie Ray and home runs from Dylan Moore and Ty France.

Mariners pitchers limited the Guardians to seven runs during the series. Seattle has allowed just 12 runs in its last six games.

“We knew (these) games were going to be tight. We needed to play good defense and pitch well and we exceeded my expectations pitching-wise,” manager Scott Servais said. “That’s about as good as you can pitch.”

France’s homer in the series finale was his 15th this season but his first since Aug. 6.

“We need Ty France’s bat back and it showed up (Sunday),” Servais said. “I’m really excited about that.”

Right-hander rookie George Kirby (5-3, 3.32 ERA) will look to finish off a strong August with another quality start on Tuesday. Kirby is 3-0 with a 2.59 ERA in four starts this month while issuing just two walks and notching 29 strikeouts.

In his last start, Kirby held Washington to one run and struck out nine in seven innings but wound up with a no-decision. He threw 24 consecutive strikes to start the game before missing the zone, setting an MLB record.

“It just sets you up for the whole at-bat,” Kirby said. “I mean, if you get strike one, the hitter has got to protect five pitches now. Just attack. That’s what I’ve been doing my whole life. I really try and just hammer the corners, just really quality strikes, that’s kind of what I’ve been focused on. Sometimes, you throw one down the middle.”

He’ll be opposed by another young right-hander, Matt Manning (1-1, 2.37). Like Kirby, Manning has been stingy this month. He has a 2.40 ERA in five starts but has only one win to show for it. That came on Wednesday, when he blanked San Francisco for six innings while striking out a season-high eight batters.

“It was nice to see him walk off the mound with a lot of confidence,” Tigers manager A.J. Hinch said. “There’s a good vibe around him right now. He’s just extremely confident.”

Manning walked a tightrope, as the Giants stranded a runner at third in four of his six innings.

“I just made pitches when I had to,” Manning said. “I didn’t come out of the gate super sharp. But as the game went on, I just tried to put good at-bats together, throw first-pitch strikes and not walk guys.”

The Tigers are in the midst of their best offensive stretch of the season. They have scored 32 runs in the last four games, including 20 while winning the last two games of a three-game series at Texas.

Rookie center fielder Riley Greene carries a seven-game hitting streak into the Seattle series. He has 14 hits during that stretch.

“I’ve said it from Day 1,” Greene said. “Our lineup is really good. When we put it together, we can score a lot of runs. You’ve seen that the last couple of days.”