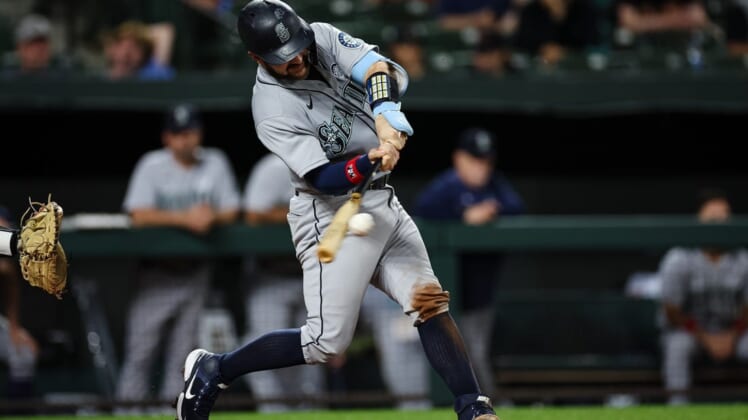 Torrens injured his non-throwing shoulder during Sunday’s benches-clearing brawl early on in Seattle’s game against the Los Angeles Angels.

Eight people were ejected from the game following the scuffle, including both managers and three players from each side.

Torrens was not among the ejections. He finished out the game, going 1-for-3 at the plate.

In a corresponding move, the Mariners recalled catcher Andrew Knapp from Triple-A Tacoma. Knapp started the season with the Pittsburgh Pirates and saw action in 11 games before being waived in May. He was granted free agency and signed with Seattle May 21.

The Mariners had already lost one catcher this season. Last week, Tom Murphy opted to have season-ending surgery on the left rotator cuff and labrum of his left shoulder.