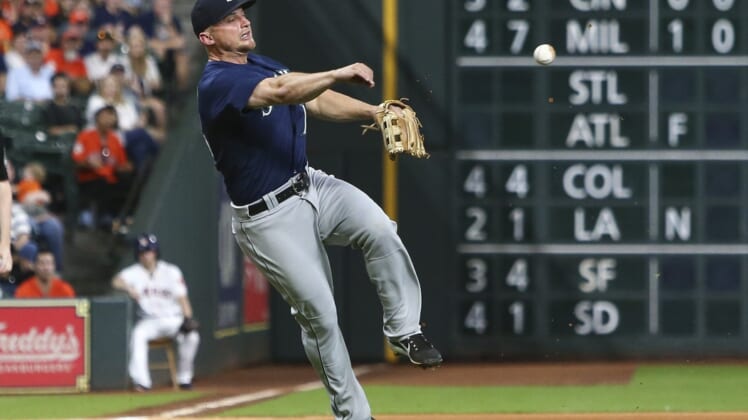 After missing more than a quarter of the season due to surgery on his left hand, Seattle Mariners third baseman Kyle Seager will finally return to the lineup and man the hot corner this weekend.

On Saturday, Seattle activated Seager off the 60-day injured list and will welcome him back to the lineup as they face the Oakland Athletics.

Seager underwent surgery in March to repair a tendon in his left hand. He was initially expected to return to the lineup in 10-12 weeks without any setbacks and he managed to return even sooner than expected.

An All-Star in 2014, Seager’s return to the lineup will be a welcome boost for a team that desperately needs the help. After a hot start to the season, the Mariners now find themselves at the bottom of the A.L. West and sinking further below .500 with each passing day.

The Mariners will be hoping he can return closer to the player that posted a .773 OPS in 2017 rather than his .673 OPS last season.