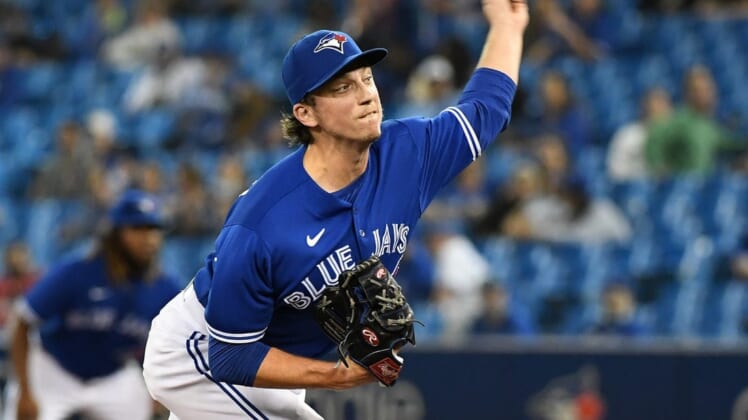 Seattle added Borucki to its 40-man roster and designated infielder Mike Ford for assignment in a corresponding move.

Borucki has spent his first four-plus major league seasons with the Jays, starting 19 of his 75 career appearances and racking up an 8-9 record with a 4.47 ERA. He has 123 strikeouts and 67 walks over 151 innings.

Toronto had DFA’d Borucki after he began the season with a 9.95 ERA (seven earned runs in 6 1/3 innings) over 11 games with no decisions.

Keenan has yet to make his big-league debut. He was batting .250 with three home runs and 14 RBIs over 25 games this season at High-A Everett.

Ford had two stints with the Mariners this season; he was traded to the San Francisco Giants on April 30 and traded back to Seattle May 12. In 16 games with the Mariners, he batted just .172 with a double and three RBIs. Ford is a career .197 hitter over 117 appearances with the New York Yankees (2019-21), Giants and Mariners.