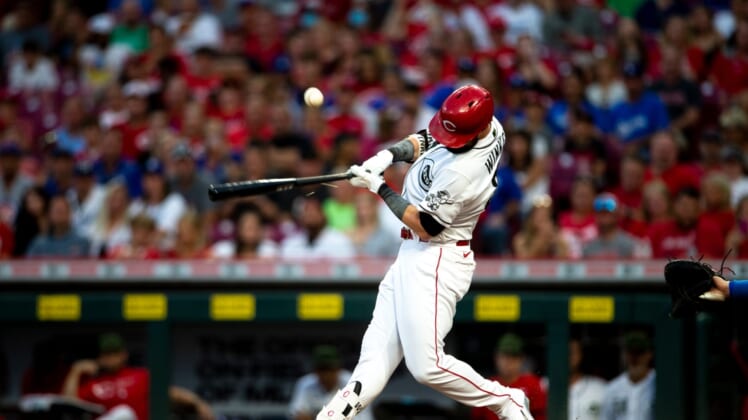 The Cincinnati Reds traded outfielder Jesse Winker and infielder Eugenio Suarez to the Seattle Mariners on Monday, parting with a pair of All-Stars who hit at least 24 home runs last season.

Winker, 28, spent the first five MLB seasons with the Reds and is coming off his first All-Star season in 2021. In 110 games, he batted .305 with 24 home runs, 32 doubles and 71 RBIs while spending most of his time on defense in left field.

Suarez, 30, played seven seasons with the Reds after his debut with the Detroit Tigers in 2014. Primarily a third baseman, Suarez played 145 games last year and hit 31 home runs with 23 doubles and 79 RBIs while batting .198, with a .428 slugging percentage.

Dunn, 26, has started 25 games over the past three seasons for the Mariners with a career ERA of 3.94 and a 5-4 record. Fraley, also 26, saw action in 78 games last season in Seattle’s outfield, mostly in left, and batted .210 with nine home runs.

Williamson turns 24 next month and reached Double-A for the first time last season.