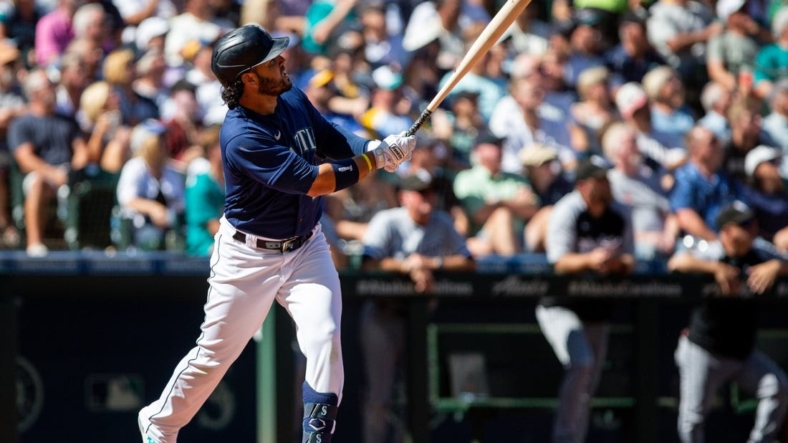 Seattle Mariners slugger Eugenio Suarez was placed on the 10-day injured list on Saturday after fracturing his right index finger one night earlier.

The severity of Suarez’s injury was confirmed Saturday and he is slated to see a hand specialist on Monday.

Suarez, a third baseman, initially injured the finger while fielding a chopper in the fourth inning. He aggravated it while batting in the fifth and left the contest afterward.

“I couldn’t grip my bat 100 percent, so when I took my first swing, that bothered me a lot,” Suarez told reporters after Friday’s game. “That’s why I had to get taken out of the game, because we wanted to see what happened.”

This season marks the fourth 30-homer campaign of his career. Suarez has 224 career homers in nine seasons with the Detroit Tigers (2014), Cincinnati Reds (2015-21) and Mariners.

Seattle currently possesses one of the American League’s three wild-card spots and is hopeful Suarez can recover quickly.

The Mariners activated infielder/outfielder Dylan Moore (oblique) from the IL in a corresponding move. Moore is batting .206 with six homers and 19 RBIs in 89 games.

Abraham Toro was in the starting lineup at third baseman for Saturday night’s game against the Los Angeles Angels.

All-Star first baseman Ty France is one of the other options to see some time at the hot corner while Suarez is sidelined.