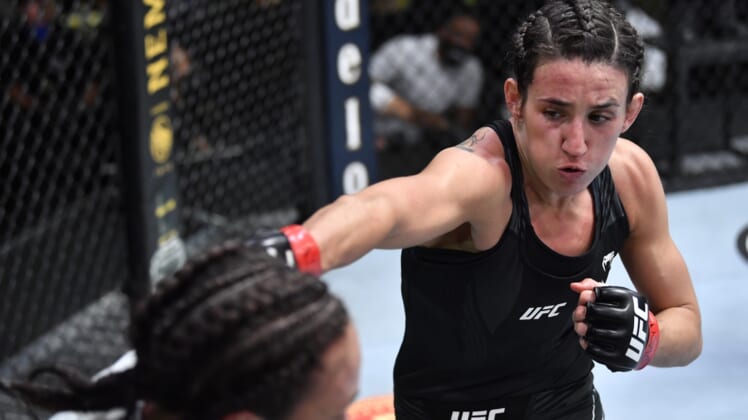 Marina Rodriguez recovered from a major disadvantage on the ground to post a unanimous decision over Mackenzie Dern on Saturday in the main event at UFC Fight Night in Las Vegas.

Rodriguez took the cards 49-46 across in their strawweight battle at the UFC Apex.

Dern, a former Brazilian jiu-jitsu world champion, owned a 7:21 advantage on the ground. But Rodriguez survived multiple submission attempts and recovered to land 144 signature strikes to just 49 for Dern.

“I had to pace myself,” Rodriguez said via translator in her postfight interview. “We had five rounds to work, so we worked a little bit slower than usual. But there was a point there.”