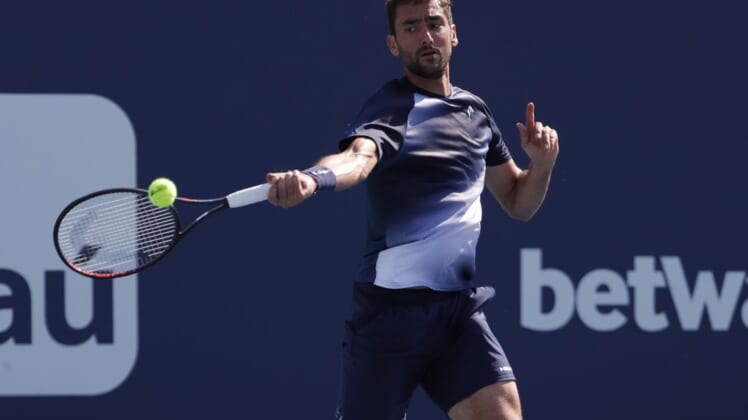 Marin Cilic unleashed 33 aces and dominated the fifth-set tiebreak while registering an upset of seventh-seeded Andrey Rublev on Wednesday to reach the semifinals of the French Open at Paris.

The 20th-seeded Cilic prevailed 5-7, 6-3, 6-4, 3-6, 7-6 (10-2) in the quarterfinal match to become just the fifth active player to reach the semifinals of all four Grand Slam events. The others are Novak Djokovic, Rafael Nadal, Roger Federer and Andy Murray.

The 33-year-old Cilic will face the winner of Wednesday night’s quarterfinal between eighth-seeded Casper Ruud and Holger Rune.

Cilic racked up 88 winners and overcame 71 unforced errors. The Croatian saved six of eight break points and stepped up his level of play during the tiebreak.

“It comes from being me,” Cilic said of being tenacious at the end of a match that lasted four hours, 14 minutes. “I played that kind of tennis the whole match, and especially the fifth set was an incredible battle. Andrey played incredibly well, and it was an incredible fair-play performance on the court.

“A lot of heart, and one had to go down. Today was my day, but Andrey also played an incredible match.”

Rublev, also from Russia, had 15 aces among 35 winners and also committed 31 unforced errors.