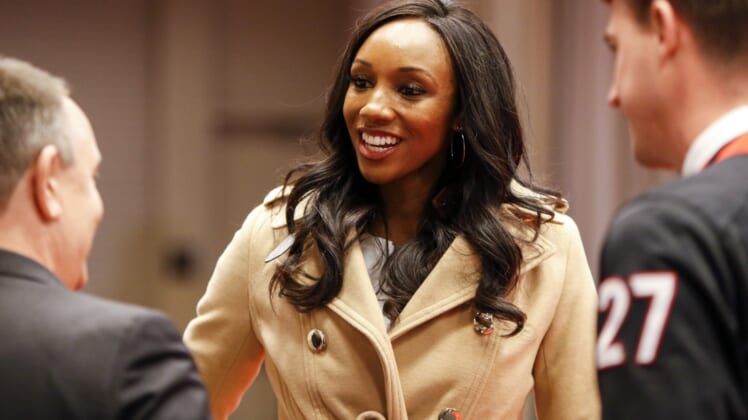 ESPN and personality Maria Taylor jointly announced Wednesday that the two parties couldn’t reach an agreement on a contract extension and she has left the network. Her appearance Tuesday night on the NBA Finals telecast was her final one for the network.

No announcement about her next place of employment was made, but rumors have swirled that she will join NBC immediately in time to assist with its coverage of the Olympics in Tokyo.

“Maria’s remarkable success speaks directly to her abilities and work ethic,” said Jimmy Pitaro, ESPN’s chairman, in a news release. “There is no doubt we will miss Maria, but we remain determined to continue to build a deep and skilled talent roster that thoroughly reflects the athletes we cover and the fans we serve. While she chose to pursue a new opportunity, we are proud of the work we’ve done together.”

Taylor has been with ESPN since 2014, beginning as a college analyst and reporter. She later added duties as a reporter for College GameDay and ABC Saturday Night Football, then began hosting NBA Countdown.

Over the past few weeks, Taylor herself had become the story, first as news leaked that she and ESPN were millions of dollars apart on contract talks, with ESPN reportedly offering $2 million to $3 million a year and Taylor asking for $8 million. 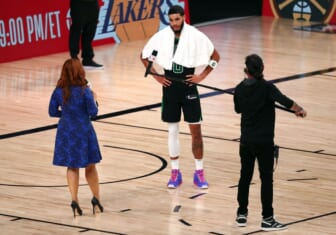 Then, earlier this month, a New York Times story shared videotaped remarks Nichols made about Taylor a year ago. The comments came after Taylor, who is Black, was chosen as the host of the network’s “NBA Countdown” show as the season resumed in the NBA bubble. Nichols is White and apparently expected to fill the role.

Nichols was taken off coverage of the NBA Finals this year and replaced by Malika Andrews amid the report.

Taylor, 34, made a farewell statement as part of the ESPN news release.

“So thankful to Jimmy [Pitaro] and all of my great teammates and friends at the SEC Network, College GameDay, Women’s and Men’s college basketball, and the NBA Countdown family — the people who believed in me, encouraged me, pushed me, and lifted me up,” she said. “Words are inadequate to express my boundless appreciation, and I hope to make them proud.”