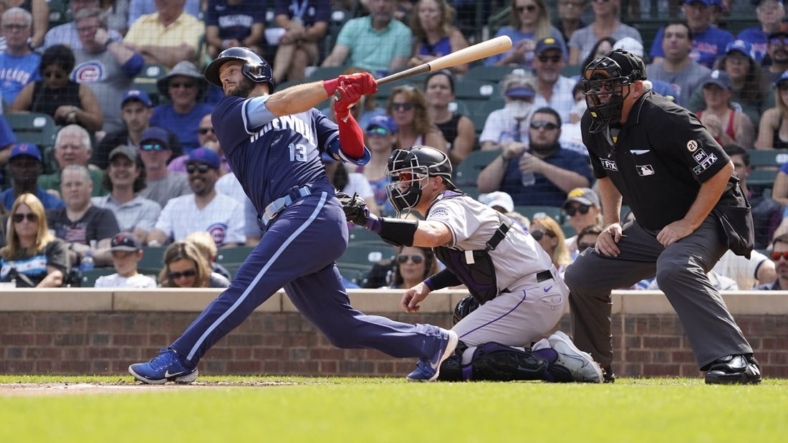 Marcus Stroman didn’t allow a hit until the sixth inning and recorded his first home win of the season, courtesy of a 2-1 victory over the Colorado Rockies.

Stroman (4-7), who entered 0-5 with a 7.11 ERA in nine home starts for the Cubs (62-82), gave up his first hit of the day after Ryan McMahon drove the ball into the left-center field bleachers with two outs in the sixth.

The veteran right-hander yielded just two other hits and two walks while striking out five in seven innings.

Two batters into their half of the first inning, the Cubs had a 1-0 lead against Colorado starter German Marquez (8-11). Zach McKinstry led off with a triple to center field and scored on Ian Happ’s first of two singles on the day.

While Stroman was cruising, McKinstry homered into the left-center field basket off Marquez in the fifth to give the Cubs a 2-0 lead.

Yonathan Daza had two of the four hits for Colorado (62-82), which has dropped three of four since winning four in a row.

David Bote also had a pair of hits and Jared Young singled in his major-league debut for the Cubs, who have won four in a row after losing 15 of their previous 21 games.

Brandon Hughes allowed one hit in one scoreless inning of relief and Manny Rodriguez pitched a perfect ninth to record his second save of the season.

The three Cubs pitchers threw just 108 pitches on the day.

Chicago played without injured stars Willson Contreras (ankle), and Nico Hoerner (triceps tightness). Seiya Suzuki (wrist) was not in Chicago’s starting lineup, but came on as a defensive replacement in the ninth.