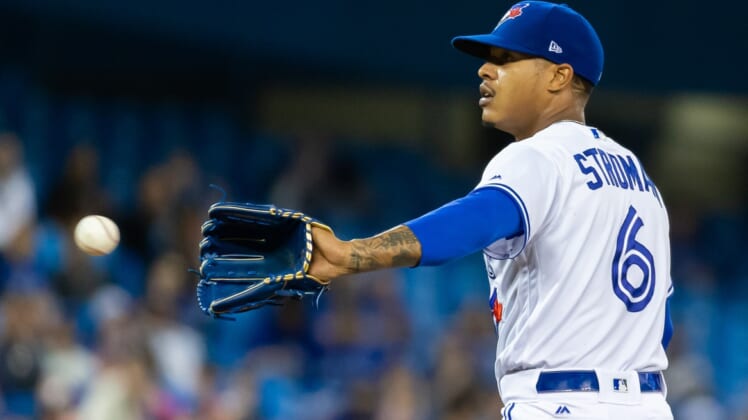 Former Toronto Blue Jays pitcher Marcus Stroman figured he would be in a playoff race if a trade did in fact come to fruition ahead of Wednesday’s deadline.

While that might still happen, his New York Mets team needs to continue its recent run. For Stroman, that means jumping right into the fire.

Mets manager Mickey Callaway noted Wednesday that Stroman will make his Mets debut Saturday against the Pirates in Pittsburgh.

Stroman was acquired this past weekend in a trade with Toronto that surprisingly paints the Mets in a good light. New York decided against selling off assets.

Instead, the team is going to be making a run for the remainder of the season and with the expectation of contention in 2020.

All of this comes with Stroman in the midst of the best season of his career. He pitched to a 2.96 ERA and 1.23 WHIP in 21 starts en route to a first ever All-Star appearance in Toronto.

New York entered Wednesday’s action winners of five consecutive. It is 51-55 on the season and five games out of the final wild card spot in the NL.