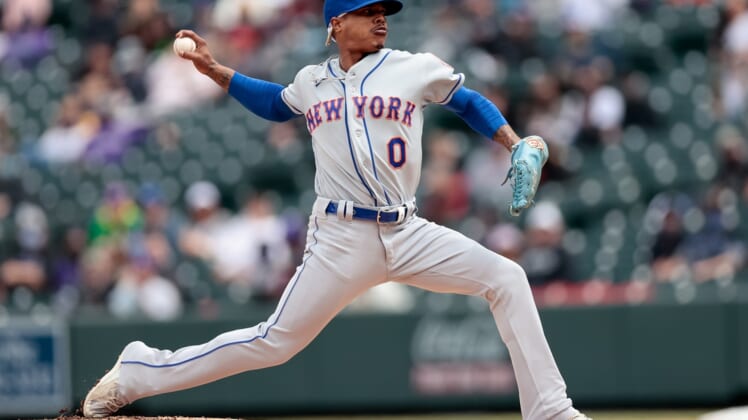 Marcus Stroman tossed eight strong innings and Pete Alonso and Michael Conforto had two hits apiece to lift the visiting New York Mets to a 2-1 win over the Colorado Rockies on Sunday in Denver.

Jeff McNeil reached twice and Edwin Diaz pitched the ninth inning for his second save in as many days.

The Mets captured two out of the three games in a series that was condensed to two days after Friday’s contest was postponed due to inclement weather.

Trevor Story had two hits for the Rockies, who have lost eight of their last nine games.

Stroman (3-0) was dominant throughout — allowing one run on three hits — with his only hiccup coming in the seventh inning. He needed just 58 pitches to get through six innings and 90 before exiting the contest.

New York seized the lead in the second inning against starter Antonio Senzatela. Alonso led off with a single and Conforto doubled to put runners on second and third with no outs. McNeil grounded out to second to drive in Alonso and move Conforto to third.

Senzatela escaped further damage by retiring the next two batters.

The Mets doubled the advantage with an unearned run in the fourth inning. After Senzatela got the first two batters Conforto singled and McNeil reached on an error by first baseman C.J. Cron. J.D. Davis hit an RBI single to center to give New York a 2-0 advantage.

Senzatela (1-3) left for a pinch hitter in the sixth inning. He allowed two runs – one earned – on five hits and struck out four in six frames.

Colorado got its only run in the seventh inning. With one out, Story doubled to right field and Charlie Blackmon followed with a single to drive him home. Stroman struck out the next two batters to end the threat.

Stroman helped himself in the eighth when he made a behind-the-back grab of Josh Fuentes’ sharp grounder. He then tossed a five-hopper to first base as he stumbling backwards to get Fuentes by a step.