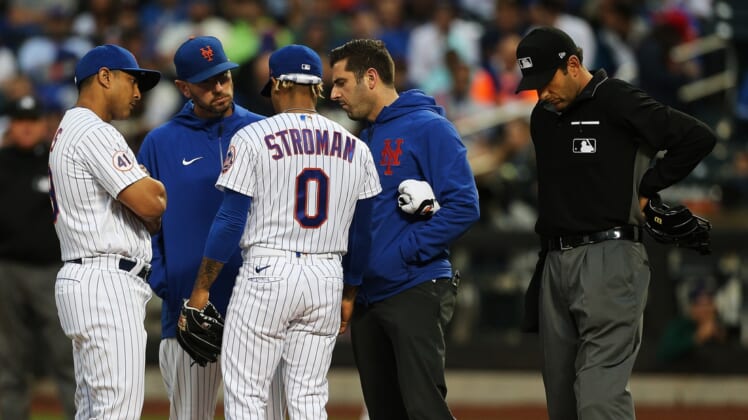 The New York Mets’ list of pitching problems may have gotten a little longer Tuesday when right-handed starter Marcus Stroman left his home start against the Atlanta Braves with left hip soreness.

Stroman worked through the first inning, allowing a walk and no hits, but reportedly showed some discomfort while warming up before the second frame. Manager Luis Rojas, pitching coach Jeremy Hefner and a trainer visited Stroman on the mound while he tried to loosen up with warmup pitches.

But it didn’t help enough, and Rojas removed Stroman from the game, replacing him with reliever Yennsy Diaz.

Jacob deGrom has battled a variety of injuries throughout his otherwise dominant season. Besides that, the Mets also have starters Jordan Yamamoto and Carlos Carrasco along with key relievers Jeurys Familia and Dellin Betances on the injured list.