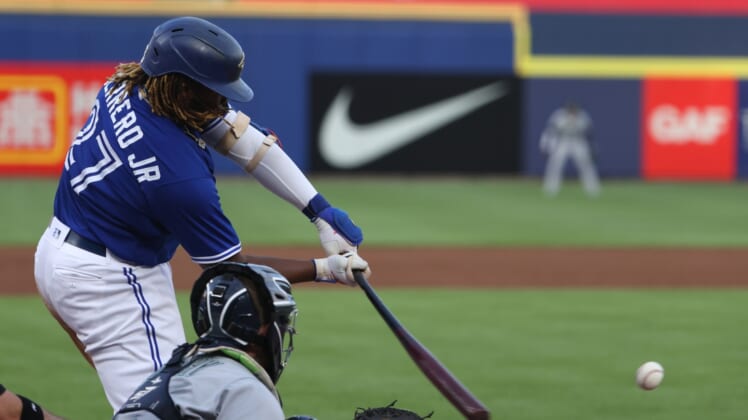 Semien also had a single to lead a 15-hit barrage in the opener of a three-game series as the Blue Jays won their third straight.

Ty France hit a three-run home run and added a double for the Mariners.

After giving up a walk and a single to the first two batters of the game, Ray retired 14 batters in a row until Tom Murphy singled with two out in the fifth. Murphy continued to second on center fielder George Springer’s error. Shed Long Jr. ended the inning with a strikeout.

The Blue Jays added a run in the fifth. Vladimir Guerrero Jr. doubled, Teoscar Hernandez and Springer walked and Cavan Biggio hit a sacrifice fly into foul territory in left.

The Mariners tied the game in the sixth. J.P. Crawford and Mitch Haniger led off with singles and, with one out, France hit his eighth homer of the season.

The Blue Jays regained the three-run lead against Rafael Montero (5-3) on Bichette’s 15th homer of the season. Gurriel had an infield single and was forced at second by Reese McGuire. Semien singled and then Bichette hit the 1-0 slider over the fence.

Will Vest allowed Semien’s 19th homer of the season that followed Gurriel’s walk and McGuire’s single in the seventh.