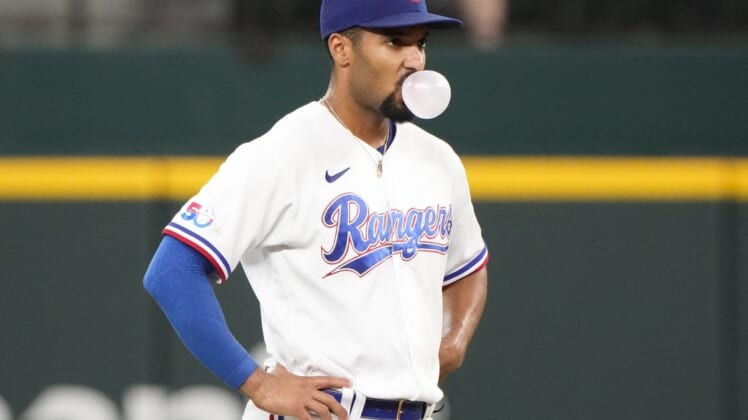 Arihara (1-1), making just his second start of the year, allowed four hits and walked none while fanning three. Taylor Hearn relieved him and struck out five while retiring all nine hitters he faced for his first major league save as Texas earned its second straight win in a series that ends on Monday night.

Joe Ryan (9-6) was a tough-luck loser for Minnesota, giving up only two hits and two runs over 6 1/3 innings with three walks and six strikeouts. But the first hit he allowed was Semien’s 19th homer, a 418-foot missile into the second deck behind the left field wall to start the top of the fourth.

Ryan departed after Adolis Garcia beat out an infield single, stole second and reached third on Jonah Heim’s infield out. Reliever Trevor Megill turned a 1-0 deficit into a 4-0 hole by giving up a two-out, two-run single to Brad Miller and Semien’s RBI single to left.

Nathaniel Lowe upped the advantage to 5-0 in the eighth when he crushed a 424-foot homer to right field, his 18th of the year, off Emilio Pagan. It continued a hot streak for Lowe, who is 16-for-35 (.457) over his last nine games.

The Rangers tacked on two more in the ninth when Miller singled home Leody Taveras and Semien lofted a sacrifice fly to right that plated Bubba Thompson.

The Twins had a chance in their half of the seventh after chasing Arihara with leadoff singles by Jorge Polanco and Jose Miranda. But Hearn quelled the threat with a pair of strikeouts and a deep lineout to center.

Minnesota missed a chance to gain ground on AL Central leader Cleveland, which was rained out of its game Sunday with the Chicago White Sox. The Twins are 1 1/2 games behind the Guardians.

Semien, Lowe and Miller each collected two of Texas’ 11 hits. Polanco was the only Minnesota hitter with two hits.