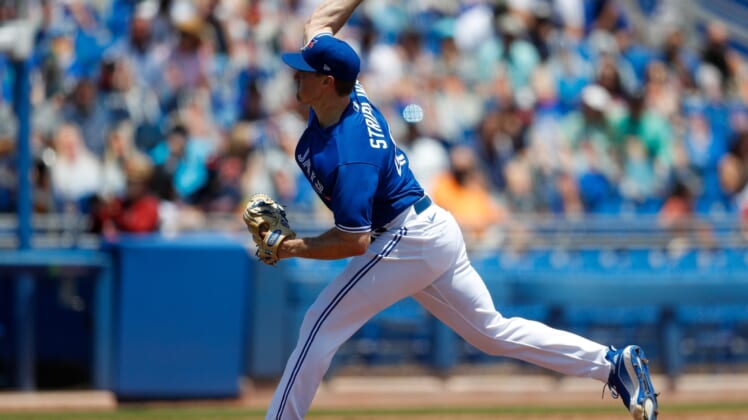 Marcus Semien had a home run, a double and four RBIs as the Toronto Blue Jays completed a three-game sweep of the visiting Atlanta Braves with a 7-2 victory on Sunday afternoon in Dunedin, Fla.

Semien hit a two-run double in the third and a two-run homer in the eighth. Toronto has won three straight for the first time this season, and five of its last six.

Austin Riley went 4-for-4 to extend his hit streak to seven games for the Braves, who have lost four straight.

The Braves scored in the second on a double by Ozzie Albies, Riley’s infield single and a two-out RBI single by William Contreras in his first at-bat of the season.

The Blue Jays tied it in the bottom of the second. Randal Grichuk singled, Cavan Biggio walked with two outs and Danny Jansen ended an 0-for-35 drought with an RBI single.

Jansen singled, took second on a wild pitch, and scored on Bichette’s double in the fourth.

Atlanta cut the lead to 4-2 in the fifth. Riley singled, Contreras walked and Christian Pache bunted for a single to load the bases. Ronald Acuna Jr. hit a sacrifice fly to center. Ryan Borucki (3-1) replaced Stripling and ended the inning with two strikeouts.

Atlanta loaded the bases with two out in the ninth against Joel Payamps. Rafael Dolis came in to strike out Acuna to earn his third save.