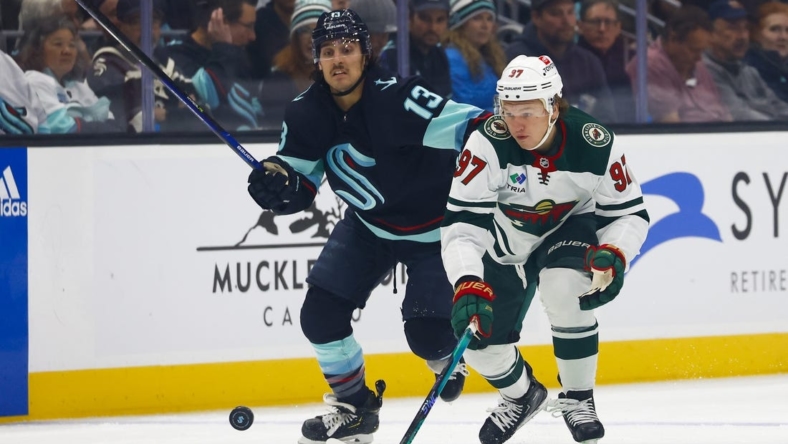 Mats Zuccarello scored the game’s lone goal, helping the Wild avenge a 4-0 loss to the Kraken on Nov. 3 in Saint Paul, Minn.

Minnesota wrapped up a three-game swing along the West Coast to Los Angeles, Anaheim and Seattle with a 2-1-0 record.

It was Fleury’s 72nd career shutout, breaking a tie with Harry Lumley and Lorne Chabot and moving him into sole possession of 12th place in NHL history. Fleury is third with 526 career wins.

The 37-year-old Fleury, in his 19th NHL season, got plenty of help from his defense, as the Wild had a 22-5 edge in blocked shots. Seattle’s Yanni Gourde and Oliver Bjorkstrand both had chances from in close in the final seconds, but Fleury turned them aside.

Zuccarello scored the lone goal at 18:19 of the first period. Jon Merrill fired a puck from the left point diagonally off the far side boards, the puck taking a lively bounce past two teammates until reaching Zuccarello in the high slot. He put a wrist shot into the upper-right corner of the net, past Jones, who was screened. Kirill Kaprizov also got an assist on the goal.

Seattle went 0 for 4 on the power play, with nary a shot on goal. Minnesota rookie Mason Shaw had a short-handed breakaway early in the third period, but Jones made a kick save.

Kraken defenseman Jamie Oleksiak (lower body) was placed on injured reserve Thursday, giving Cale Fleury a chance to move into the lineup. The Kraken had used the same six defensemen in each of their first 14 games this season, the last team in the league to need a replacement among its blue liners.