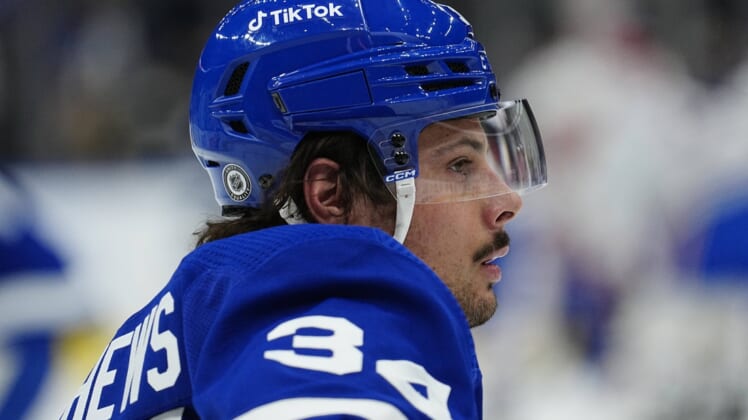 Keefe refused to divulge the nature of the injury for Matthews, who also sat out Toronto’s 4-2 victory over the New York Islanders on Sunday.

“Given the time of year and the fact it’s pretty minor and I think he’s going to move past it pretty quickly,” Keefe said, via TSN. “So, we’ll just leave it at that.”

Matthews, 24, is in the midst of a career season. Entering play on Tuesday, Matthews has an NHL-leading 58 goals to go along with 44 assists and 102 points in 70 games this season.