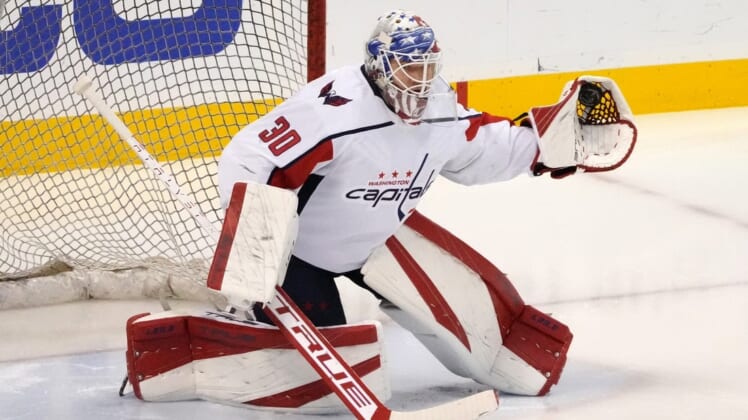 Samsonov, 25, spent the past four seasons with the Washington Capitals, who selected him No. 22 overall in the 2015 NHL Draft. He will earn $1.8 million.

Aube-Kubel joins the Maple Leafs on a contract worth $1 million.

The 26-year-old played last season with the Philadelphia Flyers and Colorado Avalanche. The Flyers, who selected him in the second round of the 2014 NHL Draft, waived him in November and the Avalanche added him to their roster.

A fifth-round draft pick by Vancouver in 2015, Gaudette has 70 points (27 goals, 43 assists) in 218 regular-season games with the Canucks, Blackhawks and Senators. In 58 games last season split between Chicago and Ottawa, he had 14 points (five goals, nine assists).