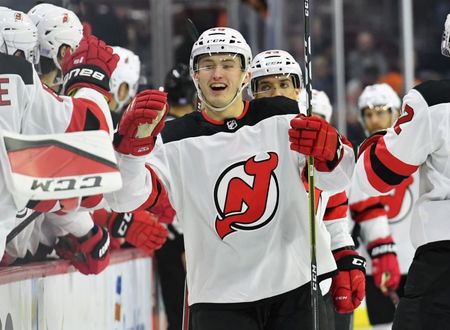 The signing is a two-way contract for the first two years and carries an NHL average annual value of $750,000.

A third-round pick by New Jersey in the 2016 draft, the Minnesota native has 13 points (eight goals, five assists) in 52 career NHL games.

Anderson won a Frozen Four title at Minnesota-Duluth in 2018 and captained the United States to a bronze medal at the 2018 World Junior Championships.