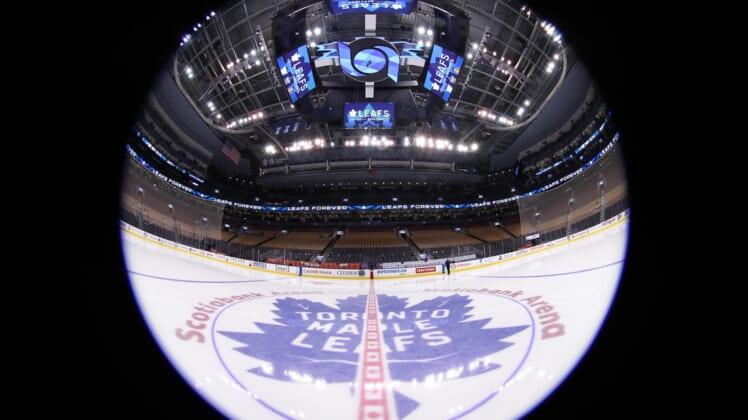 Feb 6, 2019; Toronto, Ontario, CAN; A general view of the arena and the team logo at center ice before the start of the Toronto Maple Leafs game against the Ottawa Senators at Scotiabank Arena. Mandatory Credit: Tom Szczerbowski-USA TODAY Sports

The NHL salary on the contract carries an average annual value of $750,000.

He also went 7-3-0 with a .937 save percentage in the playoffs to help his club win the league championship.

Kallgren originally was selected by the Arizona Coyotes in the seventh round of the 2015 NHL Draft. 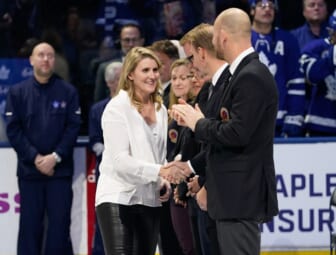