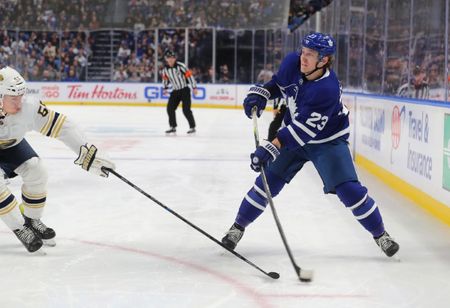 The Maple Leafs selected Dermott in the second round (34th overall) of the 2015 NHL Draft.