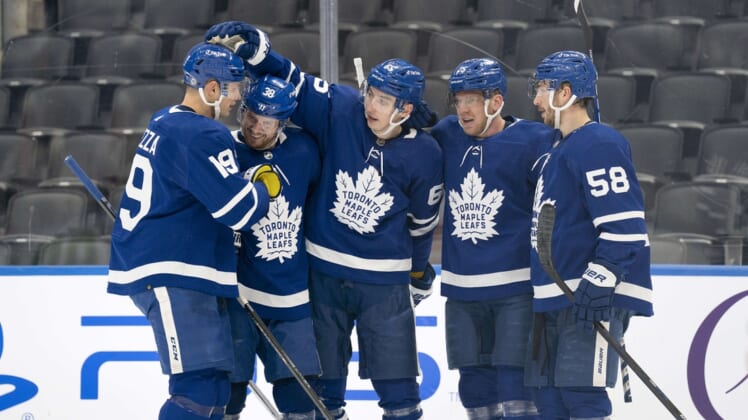 Campbell made 23 saves in picking up his eighth career shutout.

TJ Brodie had a goal and two assists and Justin Holl added a goal for the Maple Leafs, who had not played since Dec. 14 because of COVID-19 postponements. Alexander Kerfoot had three assists as Toronto won for the third straight game.

The game was played in an empty arena because of provincial COVID-19 restrictions.

Matt Murray made 34 saves for the Senators, who were playing their first game since Dec. 18. They have lost three straight.

Toronto scored two short-handed goals in the first period with Morgan Rielly off for crosschecking.

Holl scored his first goal of the season at 14:05 completing a two-on-one rush with David Kampf. It came after Brodie broke up an Ottawa rush in Toronto’s end.

Mikheyev, playing his second game of the season, scored 27 seconds later after Kerfoot‘s pass put him in the clear.

Toronto entered the game with one short-handed goal all season and Ottawa had not allowed any.

Brodie scored his second goal of the season — and the second in two games for the defenseman– on a wraparound at 7:18 of the second period.

Brodie used his stick to help Campbell keep the puck out of the net on an Ottawa scoring attempt during a goalmouth scramble at 11:44 of the second.

Nylander scored on a breakaway at 13:41 of the third. Mikheyev scored his second goal this season on a power play at 14:42 with Drake Batherson off for high-sticking.

The Maple Leafs outshot the Senators 40-23 in the game.

Ottawa was without Tyler Ennis, Josh Norris, Nick Paul and Dillon Heatherington because of COVID-19 protocols.