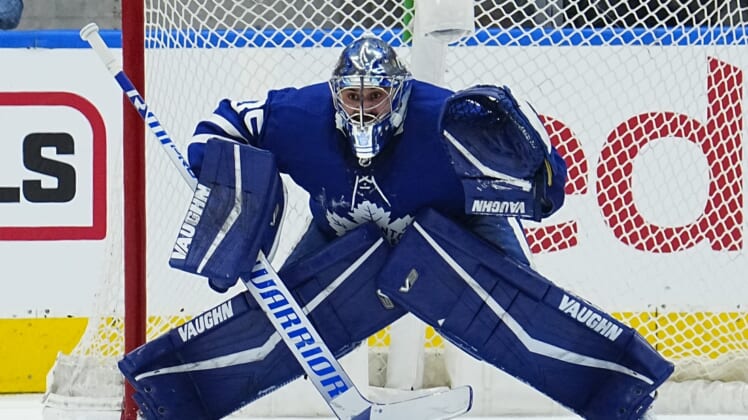 The Maple Leafs (42-19-5, 89 points) finish the season on April 29. Toronto entered Thursday in sixth place in the Eastern Conference, and the Stanley Cup playoffs begin on May 2.

Mrazek, 30, sustained the injury during the first period of Toronto’s 6-4 road win against the Boston Bruins on Tuesday night. He stopped three of four shots before being replaced by Erik Kallgren.

Kallgren will start Thursday night against the visiting Winnipeg Jets as the Maple Leafs wait for Jack Campbell to recover from a rib injury. Campbell has been out since March 8.

Mrazek concludes his first season in Toronto with a 12-6-0 record, a 3.34 goals-against average and a .888 save percentage. He signed a three-year, $11.4 million contract last July.