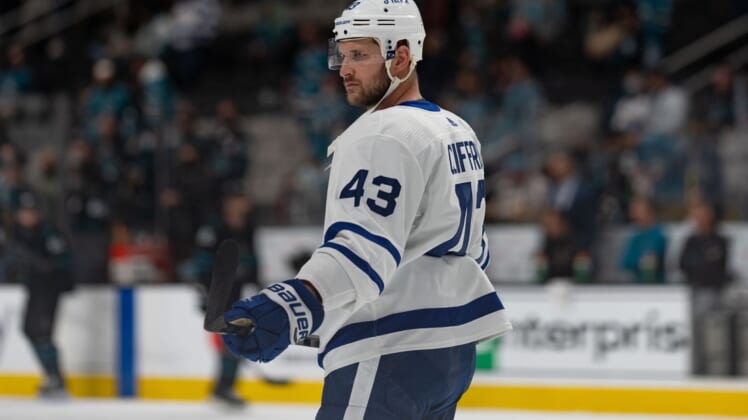 Toronto Maple Leafs forward Kyle Clifford will have a hearing with the NHL’s Department of Player Safety on Tuesday following his hit on Tampa Bay Lightning forward Ross Colton in Game 1 of their Eastern Conference first-round series.

Clifford was ejected from the Maple Leafs’ 5-0 victory on Monday after receiving a five-minute major penalty and a game misconduct for boarding.

Clifford hit Colton into the glass in the neutral zone at 6:59 of the first period. Colton was not injured on the play, and the Lightning mustered just two shots on the ensuing five-minute power play.

Game 2 of the best-of-seven series is Wednesday in Toronto.

Clifford, 31, recorded three points (one goal, two assists) and 31 penalty minutes in 23 games with the Maple Leafs this season. He also had an assist in two games with the St. Louis Blues in 2021-22.