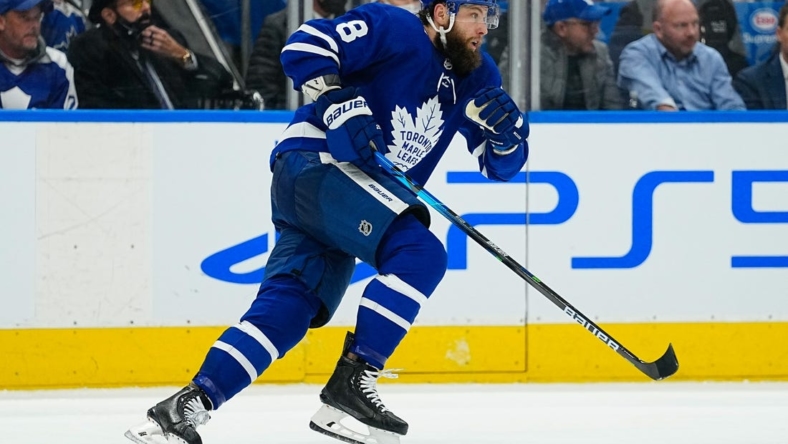 Toronto Maple Leafs defenseman Jake Muzzin is out until late February with a cervical spine injury, the team said Monday.

Muzzin, 33, is scheduled to be re-evaluated at that time. He already had been placed on long-term injured reserve.

The Maple Leafs said he sustained a neck injury in a game Oct. 17 against the Coyotes when he collided with Arizona forward Clayton Keller in the second period. He has not played since.

Muzzin skated in just four games with Toronto this season and had one assist.

He is in the third year of a four-year, $22.5 million contract extension he signed in February 2020.

The Maple Leafs also placed defenseman TJ Brodie on injured reserve with an oblique injury on Monday. In his third season in Toronto, Brodie is averaging more than 21 minutes of ice time per game and has two assists in 15 games.

Forward Pontus Holmberg and defenseman Mac Hollowell were recalled from the Toronto Marlies of the American Hockey League.

The Maple Leafs will face the Penguins in Pittsburgh on Tuesday night.