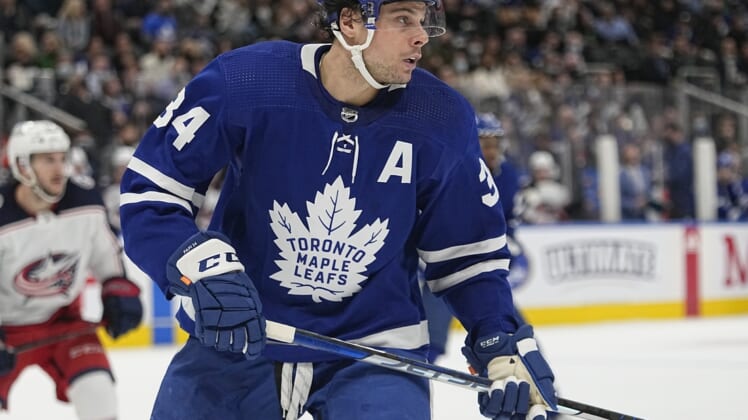 Toronto Maple Leafs center Auston Matthews and an assistant coach were held out of practice Monday after their rapid COVID-19 tests came back positive.

Matthews and coach Dean Chynoweth are awaiting results of a PCR test, SportsNet reported. The team said both were held out “for precautionary reasons.”

The Maple Leafs had a COVID outbreak that saw 14 players and seven staffers placed in the protocol. All but blueliner Timothy Liljegren have returned to action.

Matthews, 24, leads the Leafs in goals with 20 and shares the points lead (33) with John Tavares and William Nylander.

Toronto is scheduled to host Edmonton on Wednesday. The Leafs defeated Ottawa 6-0 on Saturday after suffering six straight postponements.