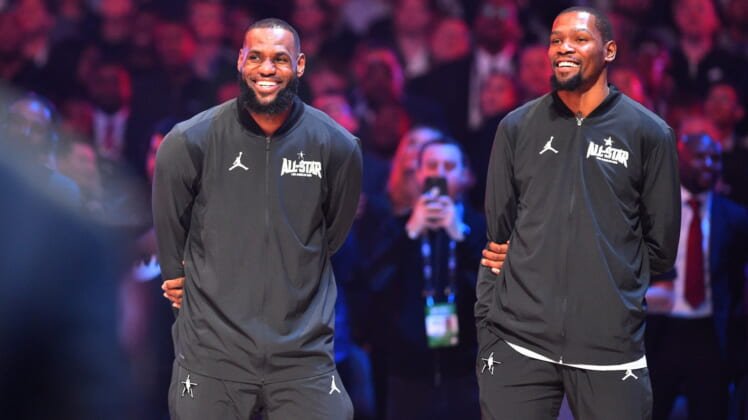 It’s not new to the social media world. Fans don’t like those who win so much. We’ve seen it around the NFL world with Tom Brady and the New England Patriots.

Even with James coming off an injury-plagued year and Durant potentially bolting Golden State in free agency, these two remain the most-hated in the NBA. Just check out this awe-inspiring map, via Sports Insider.

James takes the title as the most hated in California, Texas and Florida. If this were the electoral college, he’d win in a landslide. Alas, it is not.

Fans are reactionary. That’s taken to a whole new level when we talk about social media. James winning multiple titles turned some off. Durant bolting Oklahoma City for a then 73-win Warriors squad turned others off.

But both can take solace in the fact that they have big enough brands to actually be hated. We’re not seeing a Jeremy Lin or Moritz Wagner showing up in this map. Glass half full and the like.