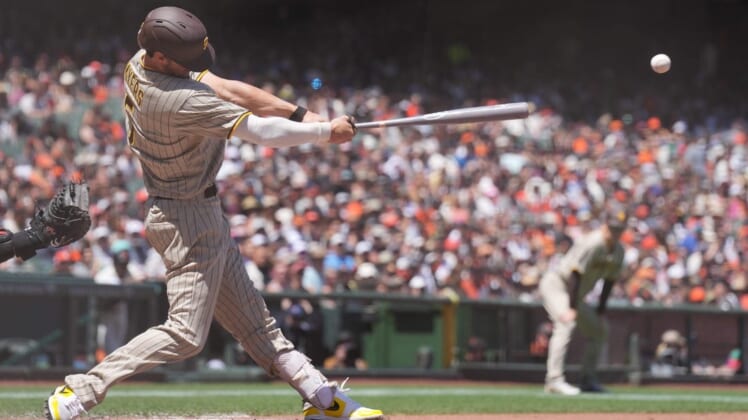 Manny Machado had four extra-base hits in a game for the first time in his career Sunday and rookie left-hander MacKenzie Gore held the Giants to one run on three hits over six innings as the visiting San Diego Padres routed the Giants 10-1 to score their first series sweep in San Francisco since 2016.

Every member of the Padres starting lineup had a hit with nine of their 17 hits going for extra bases. The Giants most successful pitcher was Luis Gonzalez, who allowed one hit while closing the game with two scoreless innings.

Gore (3-1) lowered his earned run average to 2.06. He issued two walks to go with the three hits and struck out six while going six full innings for the first time. The score was 7-0 when the Giants scored their lone run in the bottom of the fourth. Darin Ruf drew a lead-off walk, moved to third on Mike Yastrzemski’s double and scored on a sacrifice fly by Wilmer Flores.

The Padres scored single runs in the first (Myers singling home Machado) and second (Cronenworth’s sacrifice fly against Giants starter Alex Wood), then scored five times in the top of the fourth against Wood and reliever John Brebbia.