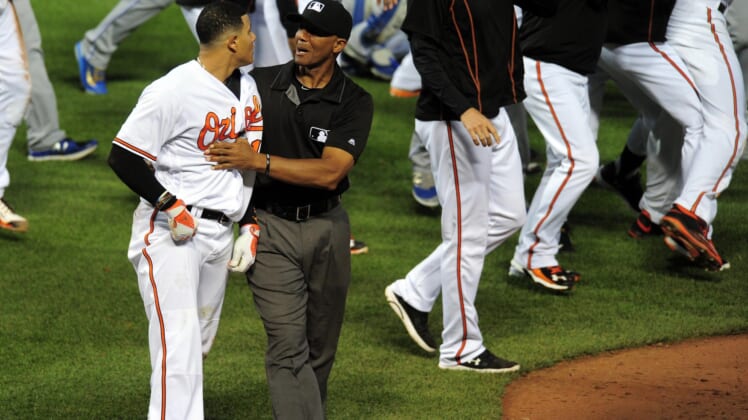 For his violent response to being plucked in the back by Yordano Ventura Tuesday night, Manny Machado was gifted the treat of free crab cakes for life.

Jimmy’s Seafood, a popular Baltimore restaurant specializing in crab, sent out this message of support to Machado after the brawl.

In the aftermath of the brawl between the Baltimore Orioles and Kansas City Royals, who are developing quite the reputation as troublemakers, the Orioles are still fuming about Ventura’s actions.

“You throw 100 mph and you are trying to hurt someone intentionally, that is not part of the game,” Adam Jones told reporters after Baltimore’s 9-1 victory, via masnsports.com. “You see the reaction by his players, they weren’t too happy that he did something so stupid. I’m glad for Manny for defending himself.”

That’s likely the prevailing sentiment around the league.

And if Machado ends up suspended by MLB for charging the mound and starting the brawl, he can always pound an unlimited amount of crab cakes.