A non-fan of Goodell’s named Richard Pate of Biddeford took his dislike of the Commissioner to a major extreme. Pate reportedly hired a plane to fly a special message over the Commissioner’s vacation home in Maine. The banner said “Commissioner Goodell – jet home to New York” (via WCSH6.com). 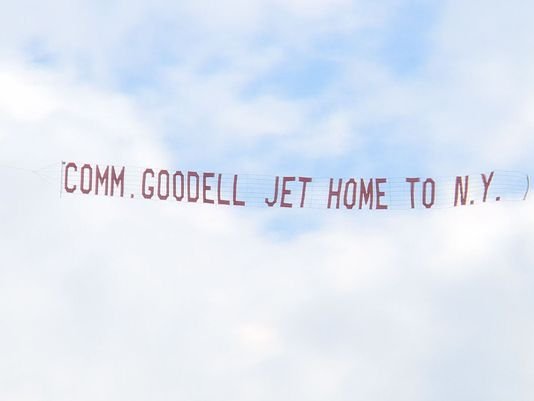 Pate did not disclose the cost of renting the plane to fly the banner, however he claimed the it was well worth the price.

“I went over to [a pilot] and asked if he’d be willing to fly a banner, and he was more than happy to…” Pate said. “You know, the irony is I don’t remember the Jets winning many Superbowls, maybe one back in the 60s.”

Pate also reported that he planned to rent the banner-flying plane one more time again on Sunday or Monday.

Apparently, some people just have too much money burning a hole in their pocket. And, Brady should be touched by Pate’s endearing actions.