Are the Cleveland Browns a legitimate Super Bowl LVI contender? In the eyes of the team's newly acquired veteran Malik Jackson, they most certainly are. 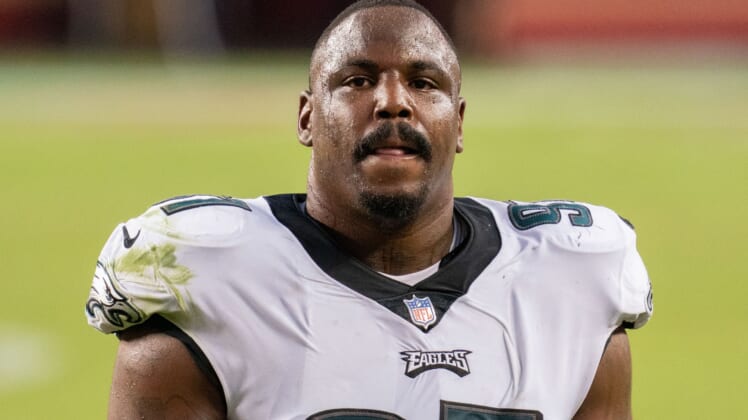 Signing with a new team in free agency is always going to bring about optimism from a player, but Cleveland Browns defensive tackle Malik Jackson took it to another level with his recent comments.

Jackson told reporters on Wednesday that he views Cleveland as a legitimate Super Bowl LVI contender, which is why he signed with the Browns in the first place, per the Associated Press’ Tom Withers:

The 31-year-old veteran was part of the Denver Broncos’ run to Super Bowl 50, so he’d probably know what a championship team looks like better than most.

Such a bold forecast by Jackson has to have Browns fans encouraged, but is there enough talent in place to bring a Lombardi Trophy to Cleveland? Let’s take a closer look to find out, and dig into some more of what Jackson had to say.

Although Browns general manager Andrew Berry has done a fine job filling holes on the roster, there are still some notable areas that could be improved either through depth or acquiring a starter. Thankfully, the 2021 NFL Draft is less than a month away, which is where Cleveland can make up some ground.

Counting on rookies to address needs is a little bit of a shaky strategy, though. There are still players on the open market who can help the Browns win now. In addition to filling in as an upgrade at defensive tackle next to Sheldon Richardson, Jackson wants to see another star, Jadeveon Clowney, join him in 2021:

Cleveland pursued Clowney last offseason before he signed with Tennessee. The team has already met with Clowney, but didn’t close a contract with him.

Jackson’s whole public sales pitch to Clowney involves being on a legitimate Super Bowl contender, balling out with the Browns and not only competing for a championship, but also setting up a prospective multi-year payday next offseason, when the NFL’s 2022 salary cap is expected to soar.

Reigning NFL Coach of the Year Kevin Stefanski returns for his second season at the helm. Given the incredible job he did in 2020 under adverse circumstances, it stands to reason he’ll only help quarterback Baker Mayfield continue to grow, what with a full offseason, continuity and a strong relationship established.

If Mayfield continues his promising progress, and tailback Nick Chubb stays healthy to continue driving the rushing attack along with Kareem Hunt, there’s little reason Cleveland shouldn’t at least make the playoffs. The offense was a big reason this team went 11-5 last season and won a playoff game against the rival Pittsburgh Steelers.

But as was on display in the AFC Divisional Round loss to the Kansas City Chiefs, the Browns’ defense needed serious upgrades this offseason. Berry and the front office answered the bell in free agency, most notably landing safety John Johnson III and slot corner Troy Hill from the Los Angeles Rams’ No. 1 defense.

It’s likely that former Indianapolis Colts standout Anthony Walker will challenge for a starting role at linebacker, and the same goes for Jackson at defensive tackle, where he’ll compete with Andrew Billings for snaps.

While Takk McKinley is a former first-round pick who could prove to be a viable edge defender opposite superstar Myles Garrett, Clowney is a legitimate X-factor with multiple years of proven excellence and is exceptional in particular versus the run.

Cleveland’s D should also get a big boost from getting Grant Delpit and Greedy Williams back this coming year. Both former LSU stars were second-round picks who missed 2020 due to injury.

Whatever happens from here on out personnel-wise, the Browns enter draft day with exceptional depth. If they can find another starter or two in the first three rounds and land Clowney, they’ll not only be AFC North favorites, but as Jackson said, legitimate Super Bowl contenders.