Make or break time for both Panthers, Falcons

Bringing back Cam Newton at quarterback was just part of the attempt to overhaul the offense for the Carolina Panthers.

The next step seemed just about as drastic with the dismissal of offensive coordinator Joe Brady.

The Panthers could have a different rhythm when facing the visiting Atlanta Falcons on Sunday afternoon at Charlotte, N.C. 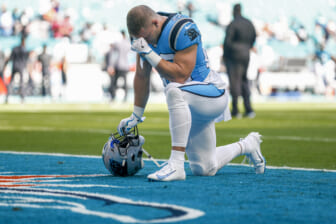 Also Read:
Despite injuries, Carolina Panthers have no plans to trade Christian McCaffrey

In some ways this might seem like an elimination game, with both teams trying to edge their way into playoff contention. The loser will be hard-pressed to make it into the NFC postseason field.

“We understand the importance of this game. This is it,” Falcons coach Arthur Smith said. “Nobody is happy to be 5-7, but you’re not out of it. So we have a huge game on Sunday.”

Brady was in his second season with the Panthers, who rank 29th in the league in total offense at 308.7 yards per game.

“This was just something as hard as it is, I felt was right for us right now,” Carolina coach Matt Rhule said.

This is a twist that caught the Falcons’ attention.

“It will be a tough divisional game no matter what’s going on over there,” Smith said. “It’s not like overnight we’re going to see some completely new offense.” 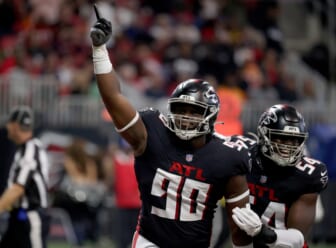 The Falcons haven’t thrived on offense either. They’ve lost three of their last four games, compiling a total of 20 points in the three losses.

Yet the staff change with the Panthers might be the biggest theme. Assistant coach Jeff Nixon will now lead the offensive staff.

“We need to do everything we can do to beat the Atlanta Falcons,” Rhule said. “This is just about this week. However long it lasts, it lasts. I think all of us in the organization, we’ve had some ups and downs.”

That message has reached the players.

“The show must go on,” Panthers offensive tackle Taylor Moton said of the coordinator change.

The Panthers will have Newton in place for his second home start of the season. But running back Christian McCaffrey won’t return until the 2022 season because of an ankle injury, so cranking up the offense will have layers of challenges.

The good news for Carolina could be that the Falcons rank last in the NFL in sacks (15). The bad news would be that Panthers starting guards Michael Jordan and John Miller sat out Wednesday’s practice because of injuries.

Carolina has lost three of its last four games since defeating the Falcons on Oct. 31. It has allowed 24 or more points in each of the defeats, with the 33-10 setback in the most-recent game Nov. 28 at Miami reflecting the team’s largest margin of defeat of the season.

“As a competitor it’s always frustrating when you put uncharacteristic things on tape,” Panthers defensive end Morgan Fox said of coming off the open week. “It’s the next week. We have to see how to improve and attack the next (task).”

The Panthers won 19-13 in Atlanta in the first matchup. For that game, Newton had yet to return to the Panthers, so he missed that chance to play in his hometown.

Atlanta quarterback Matt Ryan has thrown for 2,914 yards, putting him in range for his 13th season with at least 3,000 passing yards.

A big threat for the Panthers might be running back Cordarrelle Patterson, who has gained traction in recent weeks. He has caught five touchdown passes and rushed for four scores on the season.

Atlanta linebacker Foyesade Oluokun is second in the NFL in tackles with 135. That included 16 tackles in the first meeting with the Panthers.

The Falcons have won five of their last seven visits to Charlotte, with the losses during that stretch in 2015 and 2017.