Magic use balanced attack to down Suns 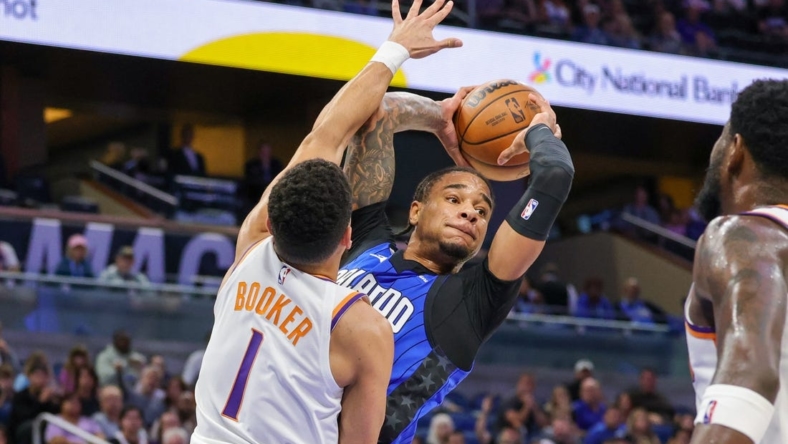 Wendell Carter Jr. collected 20 points and 10 rebounds to lift the host Orlando Magic to a 114-97 victory over the Phoenix Suns on Friday.

The double-double was Carter’s team-high sixth of the season.

Franz Wagner scored 17 points, Jalen Suggs had 16 and Terrence Ross added 14 points off the bench to fuel the Magic to their second straight win after losing nine of their previous 11 games. Orlando shot 52.4 percent from the floor and 45.5 percent from 3-point range.

Bol Bol had 13 points and a career-high 15 rebounds. His total on the boards eclipsed his previous high of 12 set in the Magic’s 116-108 loss at the Oklahoma City Thunder on Nov. 1.

Orlando rookie Paolo Banchero sat out his second consecutive game due to a sprained left ankle. The top overall pick sustained the injury in Monday’s 134-127 loss to the Houston Rockets.

Phoenix’s Cameron Payne scored 22 points while making his second straight start in place of the injured Chris Paul. Devin Booker collected 17 points, eight rebounds and six assists and Deandre Ayton had 14 points for the Suns, who have lost three of their last five games.

Paul sat out his second consecutive game due to a heel injury. Landry Shamet (concussion protocol) also missed the contest after scoring a season-high 16 points in the Suns’ 129-117 win over the Minnesota Timberwolves on Wednesday.

Chuma Okeke, Caleb Houstan and Mo Bamba each made a 3-pointer on consecutive possessions to push Orlando’s lead to 83-69 late in the third quarter.

Payne answered by making a 3-pointer, stealing the ball from Franz Wagner and converting from beyond the arc on the next possession to begin the fourth quarter. Orlando, however, weathered the storm and soon scored six straight points to extend its lead to 99-84 with 8:18 remaining.

Mikal Bridges countered with a 3-pointer, but Ross took over by scoring the Magic’s next seven points to ignite an 11-2 run and effectively put the game out of reach.