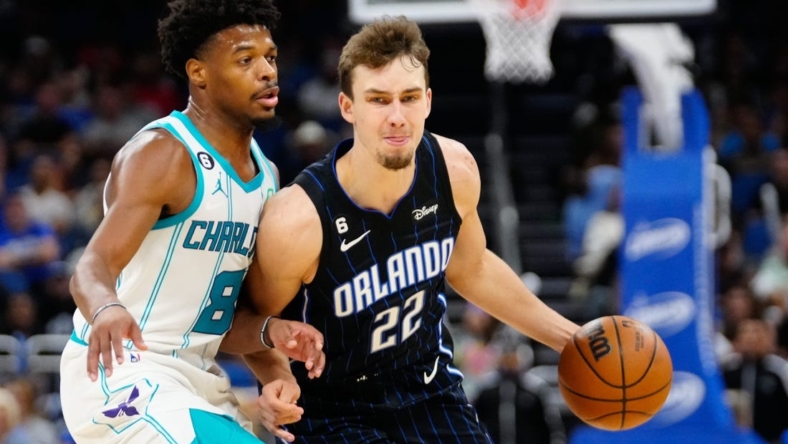 Rookie Paolo Banchero collected 21 points, 12 rebounds and seven assists to lift the host Orlando Magic to their first win of the season on Friday, courtesy of a 113-93 victory over the Charlotte Hornets.

Banchero made 8 of 14 shots from the floor to continue his sterling start to the season.

The 19-year-old kept pace with Hall of Famers Elvin Hayes and Oscar Robertson in being the third top overall pick of the NBA draft to score at least 20 points in his first six games. Hayes accomplished the feat over his first 10 games in 1968-69, and Robertson did the same in his first six in 1960-61.

The Magic took control of the game by outscoring Charlotte 29-11 during the second quarter to effectively spoil the return of Steve Clifford to Orlando. Clifford served as the Magic’s head coach from 2018-21.

Gordon Hayward finished with 18 points and Nick Richards added 14 off the bench for the Hornets, who have lost two straight games.

Orlando scored the final eight points of the first quarter and the last 13 points of the second to secure a 51-30 lead at halftime. Theo Maledon and Wagner each sank a 3-pointer to highlight the latter run before Bol went coast-to-coast en route to converting a three-point play.

The Magic kept the pressure on in the third, pushing the advantage to 76-45 after Carter’s driving layup with 3:10 remaining in the quarter.

The Hornets trimmed their deficit to 23 points before Chuma Okeke drained a 3-pointer just before the buzzer to end the quarter.

Orlando was not seriously threatened the rest of the way.