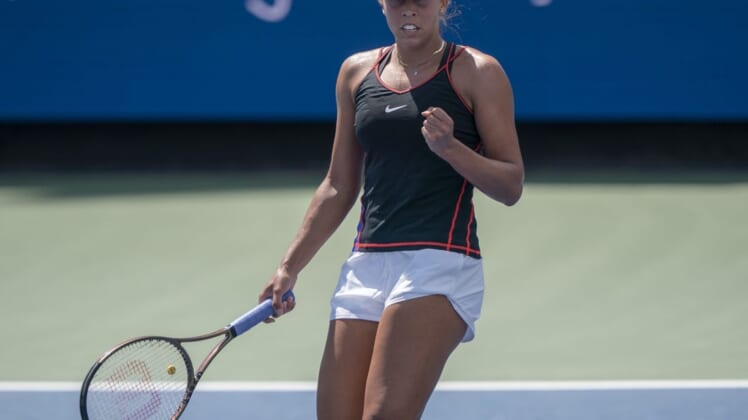 Madison Keys is making a strong run at winning the Western & Southern Open for the second time in her career after recording a 6-2, 6-4 win over Elena Rybakina in Friday’s quarterfinal match at Mason, Ohio.

Keys struck 21 winners to beat the Wimbledon champion from Kazakhstan just one day after eliminating top-seeded Iga Swiatek of Poland.

Keys will face Petra Kvitova of the Czech Republic in the semifinals. Kvitova beat Australia’s Ajla Tomljanovic 6-2, 6-3 in her quarterfinal match.

Keys, who won the Cincinnati-area event in 2019, set the tone against Rybakina by winning the first four games of the 91-minute match.

In the second set, she lost the first two games before winning the next five to take control.

“I knew she is a remarkable player and she can turn it around at any moment so I knew I had to try to stay out in front because at any moment, she can go on a roll,” Keys said.

“I think that is kind of the key against her. If you back off at all then she gets to dictate and run you around.”

Meanwhile, Kvitova registered 29 winners while disposing of Tomljanovic in 73 minutes.

The two-time Wimbledon champion had a 12-1 edge in aces while cruising to the easy win.

Kvitova has reached the semifinals of this event twice previously (2012, 2018) but lost both times.

She played Keys last year in the first round and prevailed 7-5, 6-4. The two have split eight previous meetings and Kvitova knows the stakes will be high on Friday.

“I think this is much, much better to play in the semis,” Kvitova said. “I think she’s really on fire. I love how Madison is playing.

“I think she is really playing very beautiful. It’s nice to see her in the semis, for sure. Unfortunately I’m playing her, but we will see tomorrow.”

Sixth-seeded Aryna Sabalenka of Belarus advanced with a 6-4, 7-6 (1) victory over China’s Shuai Zhang.

Sabalenka overcame 12 double faults to claim the victory in one hour, 49 minutes. She had seven aces while Zhang had three.