Madison Bumgarner trade ‘up in the air,’ per report 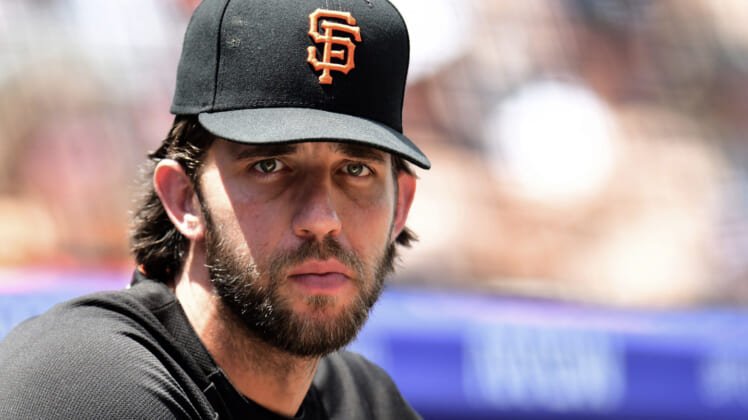 It seemed to be a foregone conclusion for a while there that the San Francisco Giants would move contract-year ace Madison Bumgarner ahead of next week’s trade deadline.

A recent hot run that’s seen San Francisco win 16 of 19 has changed this. Now firmly in the wild card race, recent reports suggest that the Giants are going to keep Bumgarner.

That might not be the case. According to this report from Ken Rosenthal of The Athletic, everything remains up in the air regarding Bumgarner.

The question here is three-fold. Is San Francisco foolish to believe that it can contend in a National League that boasts the Los Angeles Dodgers and Atalanta Braves? Does the team have hopes of re-signing Bumgarner in free agency? And, what type of package might he pull in from a contending team?

San Francisco is currently two games out of the final playoff spot at 51-50 on the season.

For his part, Bumgarner has pitched great recently. The three-time World Series champ has put up a 2-0 record with a 1.55 ERA and 1.04 WHIP over his past five starts.

There’s certainly going to be a market for Bumgarner’s services. We have one specific team in mind.

But whether he’s moved could in fact depend on the Giants’ next few games ahead of the July 31 deadline.

They are in the midst of a three-game series with the Chicago Cubs and will take on the Padres in San Diego for three before heading to Philadelphia to wrap up the pre-deadline slate.