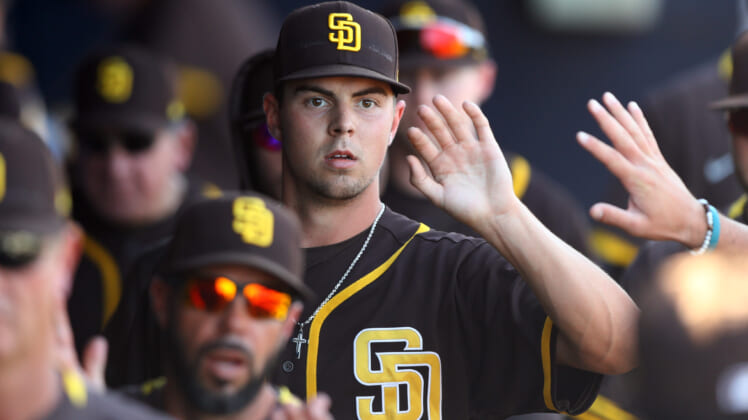 For the better part of the past half-decade, MacKenzie Gore has been among the San Diego Padres’ most-notable prospects.

General manager A.J. Preller has continually pushed back against including the pitcher in blockbuster trades for big-name players since San Diego selected him No. 3 overall in the 2017 MLB Draft.

This could soon pay off for the Padres. With ace starting pitcher Blake Snell having just been placed on the injured list, San Diego has added Gore to its taxi squad.

According to multiple media reports, he should be added to the active roster to take Snell’s turn in the rotation Friday against the defending World Series champion Atlanta Braves. New Padres manager Bob Melvin confirmed that Gore will indeed make his debut against the Braves.

MacKenzie Gore as one of the top MLB prospects

Gore, 23, headed into the 2021 season as MLB.com’s sixth-best prospect in the game. Unfortunately, issues with mechanics and some injuries impacted his growth at the minor league level. Like every other prospect, Gore was also impacted by the 2020 MILB season being canceled due to the COVID-19 pandemic.

As it stands, Gore is currently the Padres’ fourth-best prospect behind the likes of C.J. Abrams, Robert Hassell III and Luis Campusano. He remains their top pitching prospect.

A product of Whiteville High School in South Carolina, Gore jumped on to the scene back in 2019 while spending time in high Single-A ball and Double-A. 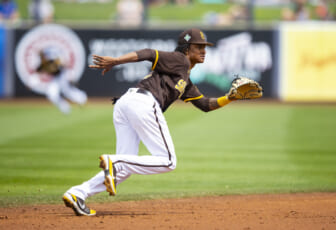 Also Read:
For C.J. Abrams and the San Diego Padres, the future is now

Those were some dominating numbers. Unfortunately, the 2020 calendar year was defined by Gore taking part in the Padres’ alternate training site rather than joining the big league club due to some struggles mechanically. It led to a demotion to rookie ball to open the 2021 season as the Padres attempted to figure out what was wrong with the lefty hurler.

“You never want to get to that point or think that you’re going to be that guy that has to do that, but it was what we had to do. This game is hard, but you can get back quick. It makes you appreciate the guys that are really successful. Just understanding that this game is not easy and it takes a lot of work.”

He returned to in-game pitching last season, boasting a 1-3 record with a 3.93 ERA and 1.47 WHIP in 12 games across four minor league stops. Gore made one appearance for Triple-A El Paso this season before being called up, throwing five shutout innings while striking out seven.

“There was a ton of work and time put into it, so I feel really prepared. I’m bringing some confidence to the mound.”

MacKenzie Gore after 2021 debut in Triple-A, via MLB.com

Flush with elite-level stuff, it does seem that Gore’s mechanical issues are behind him. That could prove to be a boon for the Padres as they attempt to navigate short-term with Blake Snell sidelined to injury.

If what we saw from Gore during the spring is any indication, he’ll be more than up to the task. The lefty struck out 16 batters in 12 innings of work — pasting a 0.92 WHIP in the process.