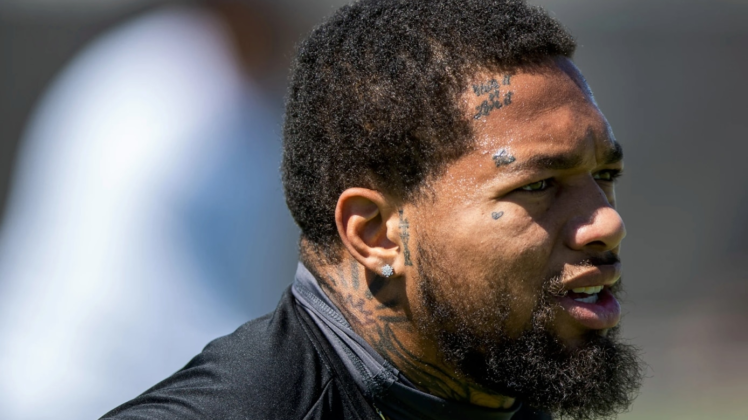 In a shocking development on roster cut down day, the Lynn Bowden Jr. Raiders career has come to an end as he’s being traded to the Miami Dolphins.

Not many saw this one coming but reports indicate Lynn Bowden Jr. Raiders career is over before it began. Numerous reports indicate Bowden, and a Las Vegas sixth-round draft pick. are being traded to the Miami Dolphins for a fourth-round pick. The Raiders have not confirmed the trade yet.

Bowden Jr. was an exciting pick for the Raiders who were planning on using the versatile wide receiver, quarterback and running back in a multitude of spots. He was drafted as a running back and had worked with the group throughout 2020 training camp. His development was coming along slowly but he was clearly not going to be an instant impact player for Jon Gruden and the Raiders.

Bowden was a third-round pick for Las Vegas in the 2020 draft and was counted on being a big addition to the Las Vegas offense. Clearly, Gruden and general manager Mike Mayock didn’t see enough to keep Bowden in the silver and black.

It’s a massive swing and miss for a front office that has hit well on a vast majority of its draft picks since Mayock and Gruden teamed up. To miss so completely on a third-round pick, and subsequently trading him before he’s ever played a snap, is a glaring blemish on this year’s draft class.

“We’re asking him to play a completely different position. We’re putting a lot on his plate,” Mayock said last week in a video chat with Raiders season ticket holders when talking about Bowden. “Any time you ask a college player to play a different position it’s called a projection and you’ve got to give them some time. That’s the way I feel about Lynn. Lynn has come in and done everything we’ve asked. We just have to continue to give him the time to learn to convert to a running back primarily. And he’s never been that before.”

Clearly, Mayock and Gruden gave him as much time as they needed to see if the young player could make it. Unfortunately for them, Lynn Bowden Jr. Raiders marriage didn’t last long.