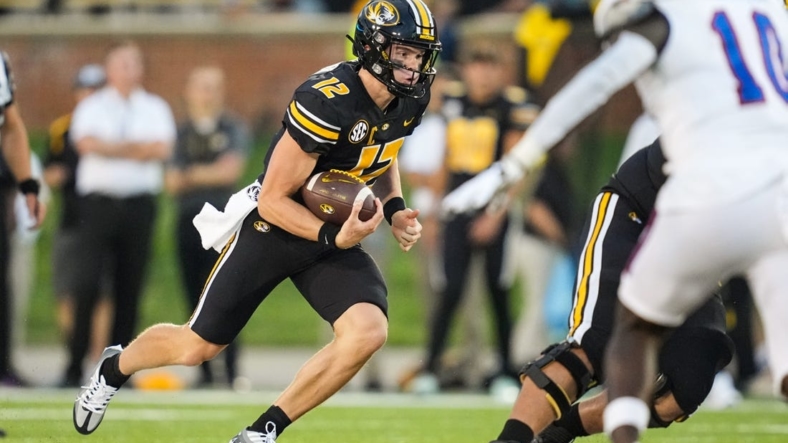 Burden, one of the top-rated wide receiver recruits in the country, caught a 5-yard touchdown pass and ran 1 yard for another score for the Tigers, who were 6-7 a year ago.

Brady Cook, who won a four-man battle to be the starting quarterback in preseason camp, made his second career start and completed 18 of 27 for 196 yards with one touchdown and one interception.

Louisiana Tech’s Matthew Downing, a transfer from TCU, completed 19 of 34 for 184 yards with one touchdown and three interceptions before being replaced. The Bulldogs, 3-9 a year ago, were playing their first game under former Texas Tech interim head coach Sonny Cumbie.

Cook ran 20 yards for a touchdown on third-and-10 to increase the lead to 38-10 at the end of the third quarter.

Bulldogs quarterback Parker McNeil, who finished 7 of 11 for 142 yards and two touchdowns, replaced Downing and threw a 64-yard touchdown pass to Cyrus Allen to pull the Bulldogs within 38-17 with 13:52 remaining.

McNeil and Allen teamed on a 37-yard touchdown pass for the final points with 50 seconds remaining.

Harrison Mevis’ 31-yard field goal with four seconds remaining in the second quarter increased the Tigers’ lead to 24-10 at halftime.