Luke Walton not stressing LaVar Ball: ‘My dad’s got a big personality, too’ 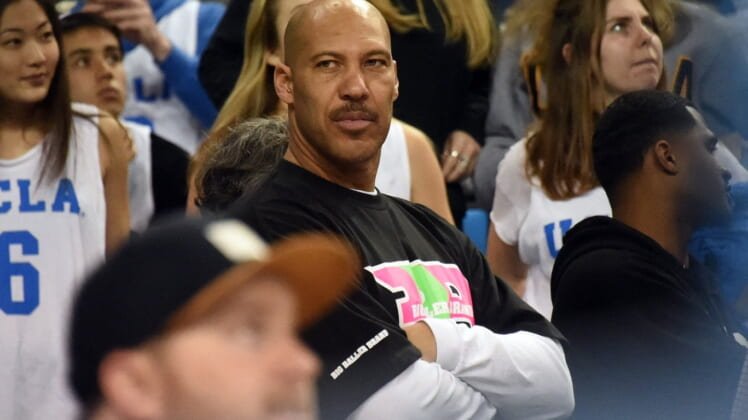 If the Los Angeles Lakers have a chance to land Lonzo Ball with the No. 2 overall pick of the 2017 NBA Draft, head coach Luke Walton is on board. More than that, he’s not scared off by the young man’s father, LaVar Ball, who has been making headlines more than his son in recent months.

“I’m a big fan of his game,” Walton said. ” I went and watched him play this year at Poly. The way he plays, it’s, uh, He plays the right way. He’s unselfish, and whatever team he ends up on, he’s going to make that team a lot better.”

When Walton was asked about whether LaVar Ball’s “big personality” was potentially an issue for him personally, he rebuffed that idea with a quip about his famous father, Bill Walton.

“My dad’s got a big personality, too,” he said.

At this point, it seems inevitable that Ball will be the choice for Magic Johnson, Walton and the Lakers at No. 2. He’s made it clear on multiple occasions that he wants to play for his hometown team, and Johnson has said in the past that Ball’s father wouldn’t deter him from selecting the UCLA product.