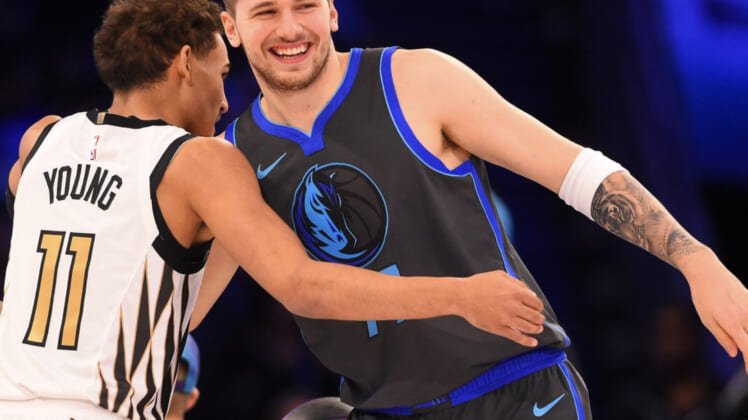 The starters for this season’s NBA All-Star Game were announced on Thursday. There really wasn’t too many surprises as it relates to the starting 10.

However, the additions of second-year studs Luka Doncic and Trae Young among the game’s elite was pretty eye-opening.

Both young stars earned starting roles in the annual exhibition game, marking the first time a pair of players under 22-years-old were selected as starters since Kobe Bryant and Kevin Garnett back in 1998.

That’s some amazing company to keep right there. It’s also pretty awesome in that Young and Doncic were pretty much traded for one another during the 2018 NBA Draft.

Already an MVP candidate, Doncic is averaging 29.1 points, 9.7 rebounds and 9.0 assists for the Mavericks this season.

Despite playing on one of the worst teams in the Association, Young is averaging 29.2 points, 4.6 rebounds and 8.6 assists for the Atlanta Hawks.

Doncic will be joined by LeBron James, Anthony Davis, Kawhi Leonard and James Harden as starters for the Western Conference.

The All-Star draft show with LeBron and Giannis selecting for their respective squads will be held Feb. 6.