WATCH: Luka Doncic gets a rebound and assist while sitting on the court during Game 3 playoff matchup vs Suns 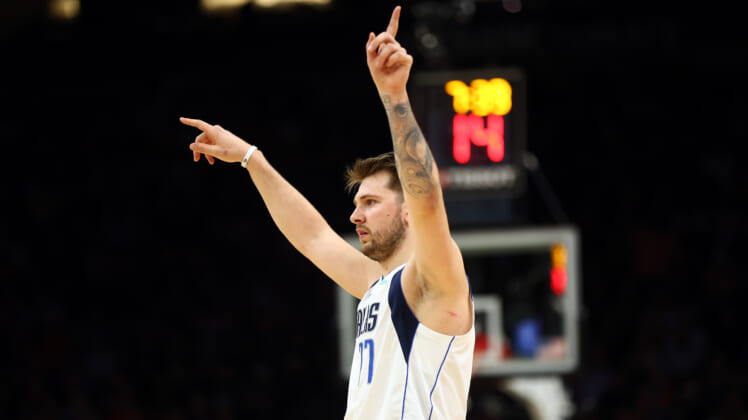 Dallas Mavericks superstar point guard Luka Doncic can do just about every move possible on a basketball court. It’s one of the reasons he’s a three-time NBA All-Star, despite having played just four seasons.

Even at the age of 23, Doncic is already one of the very best players in the league, leading the Mavs to the fourth seed in the Western Conference. We’ve likely yet to see the best of what Doncic has to offer, yet he continues to show glimpses of his abilities in numerous ways.

What millions of fans witnessed on Friday night in the opening minutes of Game 3 of their second round playoff series against the Phoenix Suns was leadership at it’s finest.

After Doncic fell to the floor following a missed jump shot, he laid down on the floor for a few seconds as he watched the outcome of the rebound.

The ball somehow got volley-tapped directly back to Doncic, who was still seated on the court, he promptly caught the pass and found the open man. Simple.

Dorian Finney-Smith was cutting toward the basket, getting the easy bucket, thanks to Doncic and his heads-up play.

Boom. Rebound. Assist. Two points. All from his chair, or seat of his shorts.

The Mavs are hoping to win in their first game of the series on their home court. They currently trail the best-of-seven series 2-0 to Phoenix.