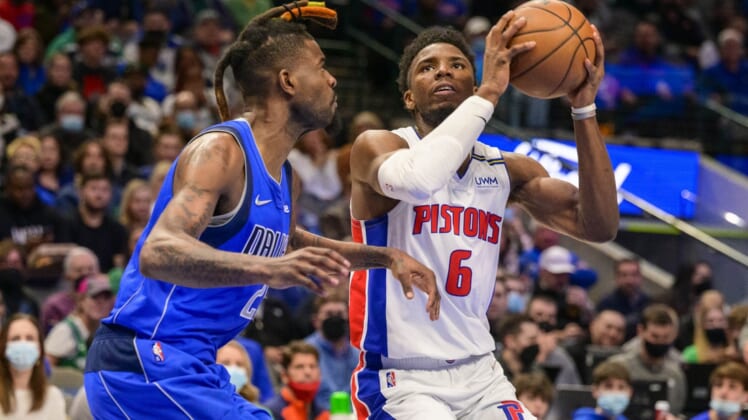 Luka Doncic had 26 points, 14 assists and eight rebounds and the Dallas Mavericks reached the 50-win mark by pulling away from the host Detroit Pistons 131-113 on Wednesday.

The last time the Mavs (50-30) had 50 regular-season victories was the 2014-15 season. Doncic failed to reach the 30-point mark for the first time in six games but the Mavs won for the fifth time in their last six games.

The Mavericks shot 56.3 percent from the field and held the Pistons to 42.7 percent shooting.

Key led the Pistons with 12 points and three teammates had 10 apiece.

Reggie Bullock made two 3-pointers in just over a minute early in the third to give the Mavs an 82-69 lead. Cunningham made two baskets and added two assists in the ensuing two minutes to cut Dallas’ advantage to 84-77.

The Mavs then went on a 9-0 run. Brunson sparked it with back-to-back baskets. Doncic fired in a 3-pointer, then found Finney-Smith for a dunk to cap it off.

Cunningham made a 3-pointer during the last second of the quarter but the Pistons still trailed 99-86 heading into the fourth.

Davis Bertans knocked down two 3-pointers in the first 1:02 of the fourth to increase Dallas’ lead to 105-88. The Pistons whittled their deficit to nine with eight minutes left but Bertans then made another 3-pointer. The Mavericks held a double-digit lead the remainder of the game.