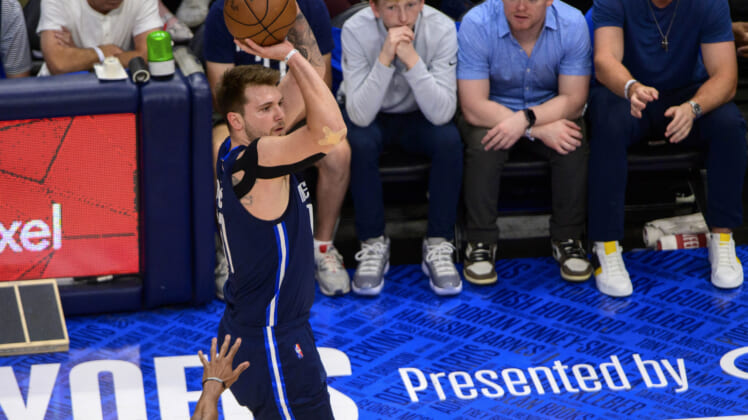 The Dallas Mavericks had only two outcomes tonight. Either make vacation plans following a loss to the Phoenix Suns or continue to fight on, living another day in anticipation of a Game 7. Luka Doncic chose victory.

Early in the first quarter with just six minutes off the game clock, Jae Crowder hit a three-point shot to give the Suns a five-point lead to make the score 17-12. That was the biggest lead the away team held all game.

Less than two minutes later, Doncic drilled a sensational stepback three, to give the Mavs a 20-19 lead. They never looked back, roasting the Suns the rest of the night.

While they played the traditional four quarters, this game was over when the Suns had just 45 points at halftime, trailing the Mavericks by 15.

Sure, Luka Doncic was dominant, dissecting the defense for easy dunks, helping set up teammates for easy looks, really he did it all to help the Mavs keep the Suns at bay.

In the middle of the third quarter, Doncic already had 28 points compared to just 58 from the entire Suns squad. This is the No. 1 seeded team in the Western Conference and they’re fully healthy.

Once again Chris Paul wasn’t on point, and Devin Booker couldn’t get it done either.

Instead, it was Deandre Ayton who was the best player on the floor for the Monty Williams-led squad.

Ayton led the Suns with 21 points and 11 rebounds, leading the team in both categories

But even the 6-foot-11 center’s big effort was no match for Doncic and the defensive effort displayed by the likes of Reggie Bullock and Dorian Finney-Smith.

Booker had no issues lighting up the scoreboard in the first five games of the series, averaging 26.8 PPG coming in, but he finished with just 19 after a late scoring push when the game was out of reach.

Meanwhile, CP3’s struggles have been widely advertised, scoring five and seven points in his past two games against the Mavs. We saw the same story tonight, with Paul chipping in just 13 points and four assists while committing five fouls, and turning the ball over five times.

On a night where they could have ended the Mavericks’ season to get them a few extra days of rest, the Suns couldn’t rise to the occasion and it’s largely due to Doncic controlling the game from start to finish.