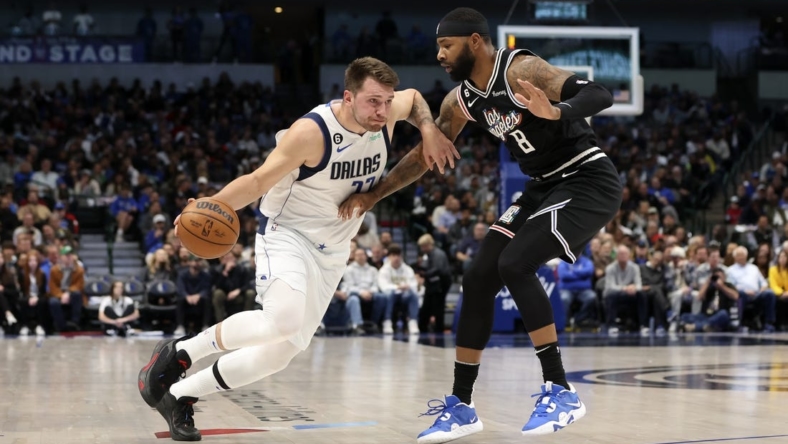 Dallas dominated the first half, building a lead of as many as 25 points before intermission, thanks to suffocating defense. The Clippers — playing the second leg of a back-to-back — shot a woeful 11-for-32 (34.4 percent) from the floor in the first half.

Los Angeles battled back coming out of the locker room thanks to a complete reversal in its field-goal shooting.

The Clippers went a blistering 23-of-32 (71.9 percent) from the floor in the second half and erased the deficit entirely when Nicolas Batum connected on a 3-pointer with 4:12 left in the game that gave the visitors an 89-87 lead.

Batum went 7-of-7 from the floor, all from beyond the 3-point arc, four of which came in the fourth quarter. He finished with 22 points off the bench.

Los Angeles led inside of the three-minute mark, but Finney-Smith knocked down one 3-pointer and Reggie Bullock sank two on three straight Dallas possessions, turning a three-point Clippers lead into a six-point Mavericks advantage in just 91 seconds.

Doncic added one more 3-pointer with 27.8 seconds remaining to put the game out of reach for Los Angeles.

Spencer Dinwiddie scored 16 points and dished a team-high six assists, while Christian Wood added 15 points and seven rebounds off the bench for the Mavericks.

Marcus Morris scored 18 points for the Clippers, while John Wall added 17 points off the bench in the loss.