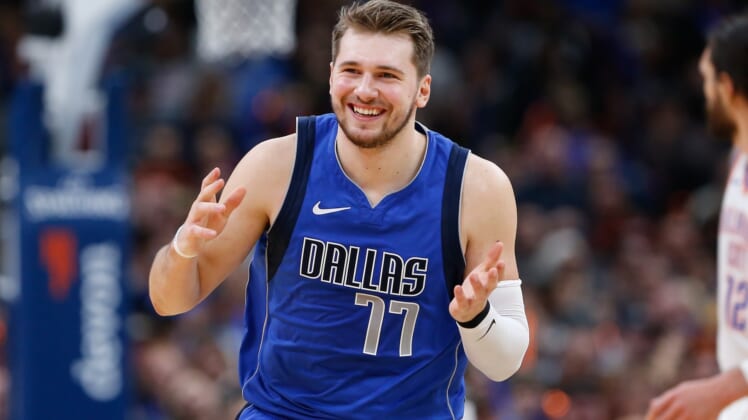 The NBA’s All-Star Weekend is just around the corner and basketball fans across the globe are already making sure two of the game’s biggest stars take part in the All-Star Game on Feb. 16 in Chicago.

The league released the first returns from the fan voting and Dallas Mavericks star Luka Doncic and Milwaukee Bucks forward Giannis Antetokounmpo lead the wat with more than 1 million votes each.

Both players are clearly drawing the love from basketball fans across the world as they currently stand as the only players with at least 1 million votes.

Coming off an MVP season, Antetokounmpo continues to dominate and is averaging 30.4 points, 13 rebounds, 5.6 assists and one steal per game this season. Meanwhile, Doncic is making his own case to be the NBA MVP this season, leading the Mavericks (21-12) to contention and averaging 29 points, 9.5 rebounds and 8.9 assists per game this season.

If both players finish atop the voting, which is likely given their respective leads and support from international fans, we’ll get to see them face off and pick their respective teams for the All-Star Game.