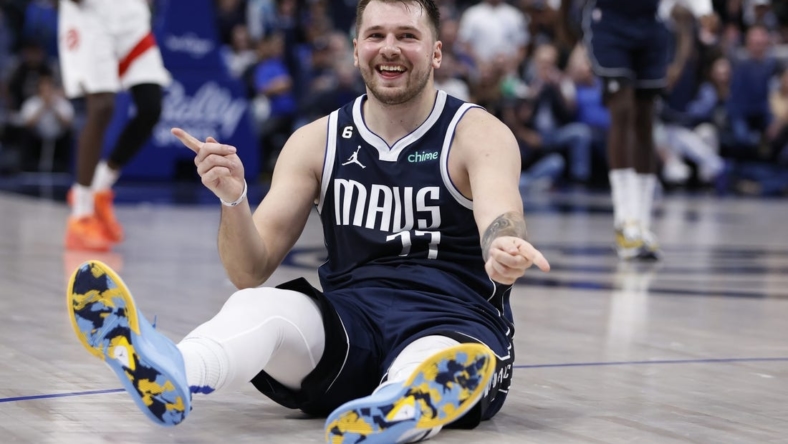 On Oct. 27, Luka Doncic visited the Brooklyn Nets and scored 41 points in a dynamic triple-double as the Dallas Mavericks held on for a four-point overtime victory.

Doncic will attempt to match his previous effort against Brooklyn on Monday night when the Mavericks host the Nets, who aim to put a turbulent week in their rearview.

Doncic heads into Monday averaging a career-best 36 points and is the second player in NBA history to open with at least eight straight games of at least 30 points. The only other player to start that hot was Wilt Chamberlain when the Hall of Fame center scored at least 30 points in 23 straight to start the 1962-63 season when he averaged 44.8 points per game for the San Francisco Warriors.

“I always hear Wilt Chamberlain, so he’s always there,” Doncic said Wednesday. “It’s great. I just wished to play in the NBA. This is really a dream for me.”

Doncic’s early run is contributing to the Mavericks’ good start. The Mavericks won their third straight Friday and for the fifth time in eight games when Doncic scored 35 points in Friday’s 111-110 win over the visiting Toronto Raptors, highlighted by a one-legged shot to move him over 30 points at the end of the third quarter.

“Luka’s playing chess at a very high level,” Dallas coach Jason Kidd said. “That’s what he does. He has seen everything; he enjoys the defense that can be changed on the fly to help with his creativity.”

When Doncic played in Brooklyn, he also produced his 48th career regular-season triple-double by adding 14 assists and 11 rebounds.

Brooklyn is seeking its third straight win and will play its fourth game under interim coach Jacque Vaughn. Vaughn replaced Steve Nash for his second stint coaching Brooklyn and has presided over the team as Kyrie Irving was suspended for at least five games after the Nets said they were dismayed he did not denounce antisemitism in an exchange with the media at practice Thursday.

Irving apologized for his Oct. 27 social media post promoting a film with antisemitic messages Thursday night and in Brooklyn’s next two games it swept a back-to-back set with two different wins at Washington and Charlotte.

In Friday’s 128-86 rout of Washington, the Nets outscored the Wizards 59-29 in the second half. On Saturday, the Nets earned a 98-94 win by overcoming a 12-point deficit in the fourth quarter while allowing 37.6 percent shooting and outscoring Charlotte 21-7 in the final 6 1/2 minutes.
Kevin Durant scored 27 points Saturday, has topped at least 25 points in his first 10 games and leads the NBA with 315 points.

“We rallied around each other,” Durant said. “It was a tough week for us, and it’s always good to just get back to the game. Everybody was just waiting to get back to playing.”

The Nets have also played the past four games without Ben Simmons, who is unlikely to play Monday due to left knee soreness.

The Mavericks are 6-2 in the past eight meetings with the Nets. The past four were decided by four points or fewer.