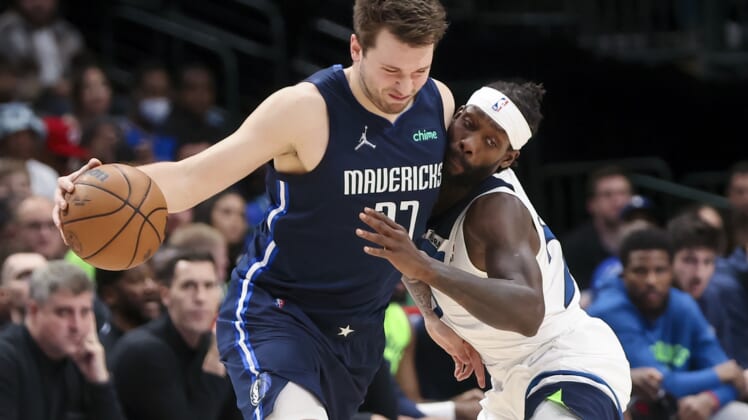 Dallas All-Star guard Luka Doncic will sit out the Mavericks’ next game against the Houston Rockets on Wednesday with right ankle soreness.

Doncic played 38 minutes in Monday night’s win over the Minnesota Timberwolves, scoring just 15 points on 5-of-17 shooting. He did hand out 10 assists.

Mavericks coach Jason Kidd said that it’s unlikely Tim Hardaway Jr. would be able to return at any point in the team’s postseason run. Hardaway underwent surgery on his broken foot in late January and had already been ruled out for the rest of the regular season. He suffered the injury Jan. 25.

The Mavericks are currently the No. 5 seed in the Western Conference and are two games ahead of the Denver Nuggets and 2 1/2 in front of the seventh-place Minnesota Timberwolves. The team that finishes seventh will have to participate in the play-in tournament. The Mavs have nine games remaining.