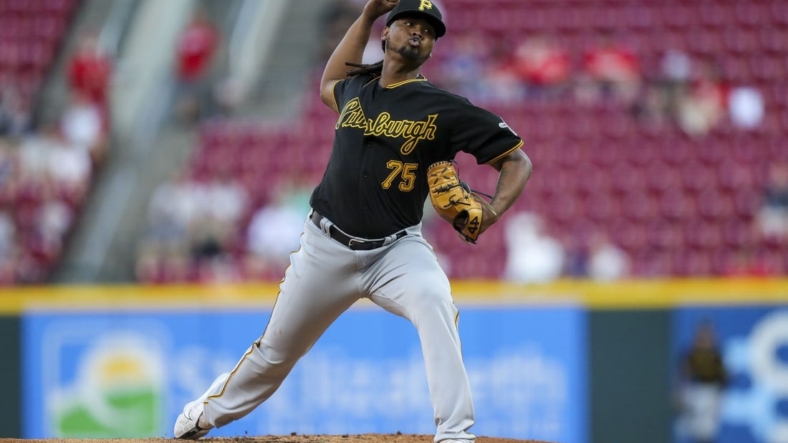 Rookie pitcher Luis Ortiz threw five scoreless innings in his major league debut and three relievers combined with him on a one-hit shutout as the visiting Pittsburgh Pirates beat the Cincinnati Reds 1-0 to complete a day-night doubleheader sweep.

The Pirates scored the game’s only run when Kevin Newman singled home Rodolfo Castro with two outs in the seventh against Cincinnati reliever Ian Gibaut. Losing pitcher Raynel Espinal (0-1) surrendered the one-out double to Castro before Gibaut entered the game.

Duane Underwood Jr. pitched a scoreless ninth to earn his first career save.

The Reds, who scored just one run on six hits in Tuesday’s two games, suffered their fifth straight loss and were held to one hit for the second time in the five losses.

Ortiz, who has a 100-mph fastball in his arsenal, was recalled Monday from Triple-A Indianapolis to make his first career start for the Pirates.

The 23-year-old allowed just one hit over 5 2/3 innings, a double by Stuart Fairchild down the right field line with one out in the third. Ortiz recovered to get Chuckie Robinson to pop out to second and ended the inning when TJ Friedl flew out to left.

Ortiz, who struck out five and walked three, was pulled by manager Derek Shelton after striking out Donovan Solano for the second out of the sixth. Aristides Aquino flew out to left against reliever Chase De Jong to end the inning. De Jong (5-2) walked one and struck out a batter over 1 1/3 scoreless innings to earn the win.

The Reds opened the game with reliever Fernando Cruz, making his first major league start in a bullpen game. He retired all five batters he faced before lefty Reiver Sanmartin came on to throw 2 1/3 scoreless innings, striking out three and walking one.

Pittsburgh — which beat Cincinnati 1-0 on May 15 without benefit of a hit — did not record a base hit until Ben Gamel opened the fifth with a single to left against the shift off Espinal.

Bryan Reynolds, Ke’Bryan Hayes and Cal Mitchell homered while Johan Oviedo tossed five shutout innings to lead the Pirates past the Reds 6-1 in the first game.